The View From Lazy Point - Interview with Carl Safina 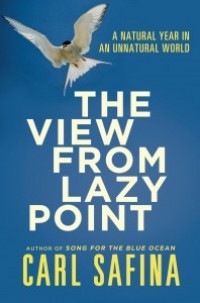 About the Author Carl Safina's writing explores the scientific, moral, and social dimensions of our relationship with nature. His writing has been awarded such distinctions as: New York Times Notable Book of the Year, Los Angeles Times "Best Nonfiction," Library Journal's "Best Science Book," Lannan Literary Award, John Burroughs Medal, the National Academies' "Year's Best Book for communicating science."Safina is a recipient of the Pew Scholar's Award in Conservation and the Environment, Chicago_s Brookfield Zoo_s Rabb Medal, and a MacArthur prize, among many other honors. He is an adjunct professor at Stony Brook University, and founding president of Blue Ocean Institute. Find out more at http://carlsafina.org/