KGB sat down with Howard Kogan, a social worker and psychoanalyst, who is directing his energies of late on poetry and creative writing. His new book of poems, Indian Summer, recently released by Square Circle Press, is garnering high praise. Without charging anything for the session, this is what we learned from Howard about his writing life and the book. KGB: Indian Summer reflects your own "elongated awakening", so to speak, as a poet. Why is this time of life so inspiring to you as a writer?Howard Kogan: When I wrote in my twenties, it was to "be a writer". A common enough but hardly a good motivation. I stopped writing creatively a few years later though I have always done some non-fiction and professional writing. I also continued to read quite a bit of poetry. As I was approaching retirement and, for the first time in over thirty years had blocks of free time, I decided to return to writing. Crucial to this decision was a desire to leave some record of my creative interests. Equally important was the good fortune to find relationships that supported and encouraged my writing. So it is less a matter of inspiration than it is a matter of opportunity and maturity. Now it is the writing process that I enjoy and the chance to read my poems in public. If I am "inspired" by anything, it is that time is short and I want to tell you so much.KGB: Who are some of your influences as a poet, both in the style you are writing and the themes you are exploring?HK: There are many and unlike what some other poets have said, I think finding one's voice in poetry involves both knowing yourself deeply and finding poets to love and emulate. Robert Frost is at the head of the list! I admire Ted Kooser, Billy Collins, Dorianne Laux, Eleanor Lerman, James Tate, Sharon Olds, Lawrence Raab, Ellen Bass, Lucia Perillo, Kim Addonizio, Philip Larkin, Donald Hall, Bob Hicok, Jack Gilbert, George Bilgere and have stolen aspects of style and themes from them all! And there are many more! I believe strongly that a good poem should be accessible. It should welcome the reader in, not intimidate him/her.KGB: How long does it usually take you to compose a poem - from the time the idea is crystallized, until you set it down on paper? What is your editing process?HK: Each poem has a life of its own. A few emerge pretty close to their final form, but most are continually reworked for weeks or months. Some I change each time I read them. I find getting something down, almost anything is the beginning of a long process. At times the end result resembles the first version but more often than not it is very different. As I was working on the poems in Indian Summer, I was continually revising what the publisher and I had thought were already submitted final poems.KGB: You are also an accomplished psychoanalyst. Has your career, what you have learned in working with patients and about yourself, influenced your poems?HK: Certainly it has. I am curious about people, I love their stories, finding out how they live their lives, what their inner thoughts are, what they find meaning in, what they dream about. All of these influence my poems. My poems are largely focused on people, relationships, what we feel and what we think. Many of the poems are about my experiences, feelings, history and thoughts but my hope is to write about these matters in a way that makes them part of the human experience of our times.KGB: What's next?HK: How much time do I have? I'd like to keep reading and writing. 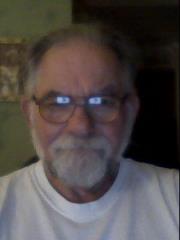 Howard Kogan lives with his wife Libby in the Taconic Mountains of New York State where he enjoys the rural life and writing. Contact him at hkogan@fairpoint.net. To order a copy of Indian Summer, contact www.squarecirclepress.com