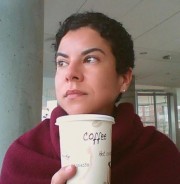 Nancy Méndez-Booth is a fiction writer. She teaches writing and Latino/a literature and culture in New York and New Jersey. Her work has appeared in Jet Fuel Review, mamapedia.com, The Packinghouse Review, phat'titude Literary Magazine, Philadelphia Stories, Poets & Writers, and realsimple.com. She is looking for a publisher for Underbelly, a collection of linked short stories. She blogs regularly at http://www.nancymendezbooth.com/blog/

One writer + One focus = One storyAn occasional look into pivotal moments in writers' lives. 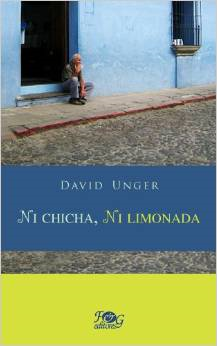 Writing is, in many ways, translating. Author and translator David Unger sees the connection in that both acts require “[t]he transformation of possibly anarchic coded sources to something that might resemble a story.” My discussion with Mr. Unger highlighted how life is also an act of translation, a constant decoding and sorting of seeming anarchy and disorder. Born in Guatemala, Mr. Unger lives in New York, writes in English, and is more widely published in Spanish. These edited and condensed excerpts illustrate Mr. Unger's fluency in making sense and finding meaning in a life and career that straddle seemingly conflicting dualities. Dualities are constant throughout your life and work: Spanish and English; Guatemala and America; author and translator; the creative side of writing and the business side of writing. What is gained and lost in crossing these borders? I was born in Guatemala and raised in this country from the age of four and a half, and yet I feel profoundly Guatemalan. In 2009, I published a collection of stories Ni chicha, ni limonada (Guatemala, F y G Editores) that depicts characters who struggle with colliding identities. The original title of this unpublished English collection is actually Neither Caterpillar Nor Butterfly, from Moby Dick, where Melville refers to Queequeq as being “a creature in the transition stage—neither caterpillar nor butterfly. “ I struggled with my dual identities and all the schizoid dichotomies of my life. There came a point in my early 20s when I accepted who I was: I am a Latin American writer who happens to write in English. There is the issue of my name, which sounds American enough, but is of German extraction. Latin American writers, critics and festival organizers have no problem with either my name or the language in which I write, but American editors, except for Johnny Temple of Akashic and the wonderful editors at www.guernicamag.com, just don't know what to make of me. Would you agree that all writing might be considered translation? Is there a boundary between your roles as writer and translator? Which were you first?Many writers build their narratives through images, memories, projections, fantasies, and metaphors, and give them presence through the act of writing. I suppose this is the first act of creation, and it involves translation: the transformation of these possibly anarchic coded sources to something that resembles a story. I think that for Latino writers with parents and grandparents for whom their first language was Spanish, translation is how they shape their visions. Oddly enough, though 95% of my writing takes place in Guatemala, my shaping of the material and my placement of it takes place in English. I feel that still I manage to create work that is intrinsically Guatemalan. When I read translations of my work, I realize the translators capture what I can only approximate to say. To read Javier Mosquera's translation of The Price of Escape in Spanish is to drop me into a world of pleasure: the Guatemalan characters talk like Guatemaltecos, the gringos talk like Americans, and he even makes the German protagonist speak Spanish with a faint German accent. What an amazing job! As to the second part of your question: My first love was poetry. As a teenager, I read A.E. Houseman, the Romantics and even José Marti. When I studied for my MFA at Columbia University, I translated and published translations and poetry with the same degree of success. My writing career came to an abrupt stop after the publication of my first book of poems Neither Caterpillar Nor Butterfly. Afterward, I mostly translated publically, and wrote on the side. In 2002, I was lucky enough to publish Life in the Damn Tropics and translation took a back seat. I still translate, but only short pieces and mostly things written by friends. At the age of 63, I want to devote my time and best energies to writing fiction. How does your facility with multiple roles help gain you a "place" within the literary world? How has it caused you to be "misplaced"?Feeling a kind of homelessness is part of the cost of doing business. My family in Guatemala and El Salvador would be pleased if I stopped writing and embarrassing them with my stridency and political pronunciations. A lot of my family members felt “outed” by my first novel. Yet, comments from other Guatemalans affirmed that my first book told the story that needed to be told. That experience helped me overcome this writerly affliction of “How can I say this?” My choice became “Who do I want to be?” I need to be able to say what I need to say in order to write what I need to write.In Guatemala, my birthplace, I am considered an important writer. When I publish a book, I get press, much more than equally talented local writers. So far I have not become aware of jealousies. I admire lots of Guatemalan writers: José Luis Perdomo, Javier Mosquera, Denise Phe-Funchal, Carol Zardetto, Victor Munoz, Rodrigo Rey Rosa, Frank Goldman and Eduardo Halfon. They consider me part of the same literary canon. In Latin America, I feel welcomed by chilenos, argentines, colombianos, peruanos, bolivianos, even by mexicanos where the writing world is rife with envy. It's in this country where the weirdness exists. I have five books published in Spanish translation and only two in English, the language I write in. Isn't that weird? I do feel misplaced and often frustrated, but that's part of the game. 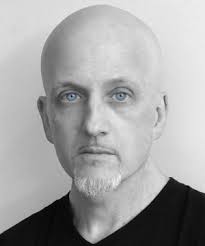 Nancy Méndez-Booth is a fiction writer. She teaches writing and Latino/a literature and culture in New York and New Jersey. Her work has appeared in Jet Fuel Review, mamapedia.com, The Packinghouse Review, phat'titude Literary Magazine, Philadelphia Stories, Poets & Writers, and realsimple.com. She is looking for a publisher for Underbelly, a collection of linked short stories. She blogs regularly at http://www.nancymendezbooth.com/blog/