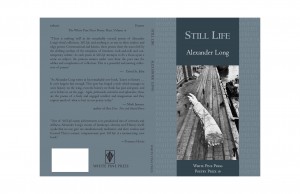 I am always interested in the distinctive characteristics of people native to American cities, especially on the East Coast, where metropolises such as Boston and New York, only a soft drink and peanut-snack plane ride apart, may as well be in separate countries, so different are their residents in dialect, food tastes, politics and sporting culture, to name just a few. While it may seem easy to identify a Bostonian or New Yorker, denizens of other cities are usually tougher to tag. Take Philadelphia. While known as the “City of Brotherly Love,” it's also a town recognized for its no-nonsense toughness, a dichotomy that mirrors the “Philly” accent, a geographically contrasting voice, a subtle slide between country twang and urban hardness, a welcoming handshake with a clenched fist hidden in the pocket. But if there is an accepted collective trait of Philadelphians, it's that they work hard. Not to say people in other cities don't do the same, but there is a unique zealotry for hard work in Philadelphia, an admiring support for any vocation, sport or hobby one chooses to pursue, as long as the pursuit is undertaken with passion and conviction, sweat and tears. I sense this spirit in Alexander Long, a musician and rising poet from Sharon Hill, Pennsylvania, a town five miles out of Philadelphia. He now lives in Hoboken, New Jersey, is an Assistant Professor in the English Department at John Jay College in Manhattan, but as we sit down for coffee to talk about his new book of poems, Still Life, I see his Philly roots: blue collar boots and jeans, a longshoreman's cap, a scruff of beard, quick, thorough eyes. Still Life (winner of the 2010 White Pine Press Poetry Prize, selected by Aliki Barnstone), released earlier this year, is gaining attention for its depth, imagination and style. I read the book before our meet up and found its praise more than justified. The poems, to my liking, start with speed, quick bursts that grab attention, and then whittle down to the theme at hand, a stream-of-consciousness grinding, like a painter who throws a mix of colors on the canvas and then with his brush meticulously fleshes out meaning. An example of this is the wonderfully titled poem “Malcolm X Transcribing the Dictionary in Slow Motion.” The first stanza speaks to Long's searching, probing, exploring style –


“The Dictionary contains the only sentence that never ends And for you Malcolm I offer one that doesBut it takes its time and catches its breathStretching...”

But as the poem progresses it become more minimal, more exacting, the lines gaining in power with the economy of language, until a final revealing with a single word –

When I ask Alex about this technique, his process in writing a poem, he tells me he starts simple, toying with just a few words, organizing and reorganizing them on the page, until he deciphers their message, and then follows them into the poem. I'm intrigued when he tells me he listens to music during this gestation period, not a favorite station, band or song, but random selections, different genres, wanting to be surprised, jostled, pulled in, just like the words, and when it does happen, when he knows the path of the poem, he turns off the music, clears away all distraction, and works. I also ask about his “arc” as a writer, how he came to be a poet and a teacher of poetry. He's shy, somewhat apologetic in responding, expressing worry that I will think his answer cliché, but finally tells me that his focus on poetry intensified after 9/11. After studying poetry as an undergrad and then attending Johns Hopkins University's MA program, he found himself working in a corporate job, in an environment he found “soul-crushing,” an experience not unlike the one depicted in Mike Judge's Office Space, the iconic movie satirizing the mind-numbing practices of modern workplaces. But the tragic attacks on the World Trade Center and elsewhere that day reinforced to Long how fragile and precious life is, spurring him to follow his passion and deepen his connection to poetry, to make art his career. This decision is told well in “Still Life with a Grain of Rice,” a poem filled with apocalyptic language and imagery, connecting 9/11 to his own internal conflict. Here are a few lines:


“Early September in a new millenniumAnd I had nowhere to get to...While someone fell out of the skyFor real.And then another... “All I've wanted since is to sailCalmly on. And I do,Letting the dead down. “

And so Long gave up his job, applied and got into The University of Delaware, received his PhD in English and then secured a job teaching writing at John Jay. “I got lucky,” he says, downplaying his academic achievements, his position at John Jay, his publishing credits and the success of Still Life. “I have the chance now to do what I want and love to do.” But as famed producer Robert Evans once said, “Luck is where preparation meets opportunity.” Hard work helps too. Just ask anybody from Philly. 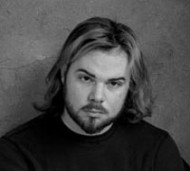 Alexander Long is an assistant professor in the English Department at John Jay College. In addition to Still Life, he is the author of Vigil (poems, New Issues Press, 2006), Light Here, Light There (C & R Press, 2009), and is co-editor (with Christopher Buckley) of A Condition of the Spirit: the Life & Work of Larry Levis (Eastern Washington UP, 2004). His work has been nominated for a Pushcart Prize seven times, and has appeared in AGNI, American Poetry Review, Blackbird, Callaloo, and The Southern Review, among others. Currently, he is working on a literary biography of the poet Larry Levis, and is between bands.