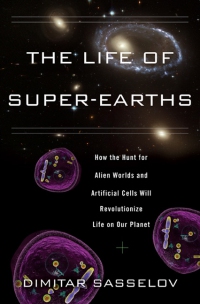 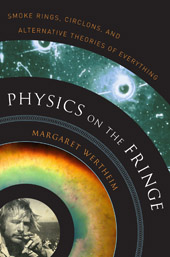 Recently, there was a major news story about Russian scientists in Antarctica who, after drilling down through over two miles of ice, had reached Lake Vostok, the largest sub-glacial lake in the world. They were looking for what life, if any, they might find there, and they were also expecting the environment to be the closest thing on this planet to the environment of Europa, one of the moons of Jupiter. It was a reminder that so much of our exploration of outer space must take place from the confines of our own planet, employing science and prediction where previous explorers used great ships. Dimitar Sasselov's The Life of Super-Earths (Basic Books) is a primer on the most recent discoveries about the possibility other planets in our universe that could support life.The book opens up with the big picture -- glimpses of corners of the heavens where planets larger than Jupiter complete a full orbit around their respective sun every four days. In a story regarding a colleague and two of their meetings at an astronomy conference in Florence, Italy, Sasselov notes:

Thirteen years later Michel and I met again at the same conference. This time Michel described a bounty of small planets, perhaps like Earth, that he had discovered. I reported, based on computer calculations, on the strange worlds some of them might be. These smaller planets are more numerous and diverse than anyone expected—searing hot planets with iron rain, atmospheres with 1,000 mile an hour winds, planetary systems with two suns, a planet that literally skims the surface of its star once every three months, and more.

Knowledge of such fantastical worlds is dependant on the processes of astronomy, which Sasselov, a Professor of Astronomy at Harvard, does his best to walk the reader through, though it is in these chapters where the pace of this short book lags the most, perhaps inevitably. Those explanatory sections do their best to translate it all for the armchair astronaut, and overall The Life of Super-Earths succeeds in clearly showing where modern science is going in pursuit of the big questions of our universe. Bringing the trajectory of the exploration back around full circle, Sasselov goes on to show how exploring the possibility of life on other planets, in conjunction with new breakthroughs in the development of synthesized cells, could give fresh insights into the origin of life here on our own humble sphere. When it comes to such questions of the universe, not everyone is content to sit back and let the pros work out the answers. In Physics on the Fringe (Walker Books), science writer Margaret Wertheim dusts off a shelf full of papers, essays, and self-published books by amateur physicists that she's amassed over the years, taking the reader on a tour through a fascinating science slush pile. Some of these outsiders submit their work to the academics and professionals with dreams of having their theories validated by the establishment without having to go through the trouble of a long professional career. Others seem to, at heart, reject the “truths” they've been handed by those we call authorities, and seek explanations of the world that makes sense to them first and foremost.One of the latter kind, Jim Carter of Enumclaw, Washington, and his decades of work stood out to Werthheim above the others, and his story makes up the bulk of Physics on the Fringe's narrative. Werthheim's genuine fondness and admiration for Carter's conviction and pursuit of a “theory of everything” comes across on every page. Instead of being like other kinds of outsider artists, the author takes care to explain that a certain DIY element lies at the heart of Carter's work, aligning him more with the ethos of punk rock. Furthering this analogy, she points to the fact that the (self-)publication of Carter's The Cosmic Ring in 1974 was taking place in the same era as the nascent punk rock scene was beginning to take shape:

Around the world, guitar players, fashion designers, graphic artists, and filmmakers with no credentials would launch themselves like a fleet of AWOL missiles. Far from the epicenters of these proletarian triumphs, Jim Carter was channeling the ethos of the time through the lens of theoretical physics, mounting a one-man assault on the foundations of science with the hubris of a King's Road punk. At 144 pages, stapled together with hand-pasted diagrams and hand-lettered equations, The Cosmic Ring was the scientific equivalent of a rock world ‘zine.

Carter's theories, developed over the course of numerous books, papers, and experiments, can range from “pretty out there” to not-entirely-dissimilar to the kinds of ideas bandied about by scientific professionals from a century or two ago. As Werthheim draws these comparisons out, Carter comes across less like a reclusive crackpot writing weird letters to actual scientists, and more like a bright mind with a keen interest in physics not content with the explanations most of us unquestioningly accept as truth. He's aware enough to know his battle against the establishment is likely futile, and that punk rock spirit rears its head again, as Wertheim notes about his putting forth his “Circlon” theory to the world,

That Jim was aware of the reaction all this was likely to provoke among mainstream physicists was signaled by the name he chose to represent his system: He called it bluntly the Fieldless Universal Circlon Theory, or “the FUCT explanation of reality."

Circlon theory is intriguing, but it may not strike the reader as the solution the world has been waiting for. There is, however, a certain idiosyncratic beauty to it. In the center of the book's generous color photo insert is a two-page spread of Carter's recreation of the periodic table of elements that exemplifies this beauty. Re-christened “The Circlon Model of Nuclear Structure,” it imagines the elements as assemblies of circlons via precise lines and bright colors. Whether or not Carter's recreation of the building blocks of life according to his singular vision is ahead of its time or completely bonkers isn't the point. His enthusiasm, and the enthusiasm of other hobbyists with their sights set on the grand design, is inspiring, and Physics on the Fringe is a worthy and engaging tribute to them all. Dimitar Sasselov is a Professor of Astronomy at Harvard University and the Founder and Director of the Harvard Origins of Life Initiative. His research has been covered by the New York Times, the Boston Globe, and others. He lives in Auburndale, Massachusetts. Margaret Wertheim is an internationally noted science writer and curator whose work focuses on the relations between science and the wider cultural landscape. Margaret is the author of Pythagoras' Trousers, a history of the relationship between physics and religion; The Pearly Gates of Cyberspace: A History of Space from Dante to the Internet; and Physics on the Fringe: Smoke Rings, Circlons and Alternative Theories of Everything.