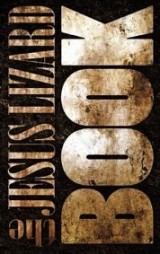 It is fitting in a number of ways that The Jesus Lizard Book (Akashic Books) now exists. Given their sense of humor, in a way it seems only natural that the Jesus Lizard, the most concomitantly precise and chaotic, aggressive and artistic rock band of their time, should wind up getting the coffee table book treatment. As much as the usual paperback could have told their story well enough, the only way to truly do this band justice in book form is with exactly the kind of energetic and engaging visual weight that Book provides. Plus, they get to call it “Book,” which fits with how they give all their records four-letter words for titles.If the only thing that Book had in it were the two nearly indescribable pages from the band's “semi-legendary sketchbook,” that would still be more than enough to justify its existence. Between that, singer David Yow's recipe, and finding out the hilarious nickname that the band gave to their song “Mouthbreather,” it's more than worth it. All four of the members contributed to Book with personal histories and interesting stories about the origin and life of the band, but bassist David Wm. Sims' frank and dryly funny song-by-song evaluations of each of their seven studio records make for much of the book's muscle (naturally, just as his bass lines did in the Jesus Lizard's music). One short example, about “Starlet,” from their first EP, Pure:

Starlet: I wrote these lyrics. This was inspired by a night when I got too drunk and couldn't remember what happened the night before, but knew it hadn't been good. This, to me, is the least interesting song on the record.

Reiterated throughout Book is the notion that the Jesus Lizard were many people's favorite band by far, and also something of a “band's band,” the kind of group that their peers all admire and aspire to. The long list of contributors here, from Steve Albini to members of Pavement, Fugazi, and many more, confirms it. In fact, if there's one complaint to be found about Book (and it would be a small one), it would be that there are so many reverential pieces that they can start to overlap a bit in their unanimous praise, but celebration is the point. One band that comes up a few times in Book that the Jesus Lizard get aligned with is Led Zeppelin, and while that might seem an odd comparison at first, the argument does make sense. Yes, they did get a decent level of recognition in their time, but in a just world, they would have had their own private jet. The case also gets made for giving some reconsideration to their sixth album, Shot, which was their first on a major label and somewhat overlooked in its time. If Book inspires readers to pick that underrated disc up, then that's another way in which it will have succeeded.Since so much of the The Jesus Lizard Book is about fans recounting their formative experiences with the band, for what it's worth I'll toss in mine here. The memory is vivid. It was the summer of 1994 -- an afternoon, like so many, spent loitering for hours in the Tower Records in the Queen Anne neighborhood of Seattle. Their new album, Down, was in one of the listening booths. I knew of them, that they had done a split 7” with Nirvana, but had yet to actually hear their music. The sinister descending riff of the opening track, “Fly on the Wall,” plus the disconcerting cover art of a terrified dog falling into open water was altogether too dark for me, a fourteen-year-old accustomed to high fructose Britpop melodies. My reaction was almost physical, which in hindsight is a testament to the power of their effect. But, on the down side, the result was that I didn't give them another listen for a few more years, at which point it all made sense. I wish that someone would have set me straight sooner so that I would have gone to see them play live in their prime. Here's hoping that they decide to do another reunion tour in support of Book. The Jesus Lizard (1988–1999) hailed from Chicago by way of Austin, Texas. They released seven records on the independent record label Touch and Go, and a few more on different major labels. Many have called them the best live band of the 1990s. Unlike most of their contemporaries, the Jesus Lizard managed to create a beast, an entirely autonomous being, an entity who outgrew and is very likely to also outlive its makers. While each and every personality in the group is an integral part of its mentality and thus ultimately irreplaceable, it is the rapport and friction between them which makes the music possible, allows it to blossom and eventually break free. The Jesus Lizard Book is the group's first book.