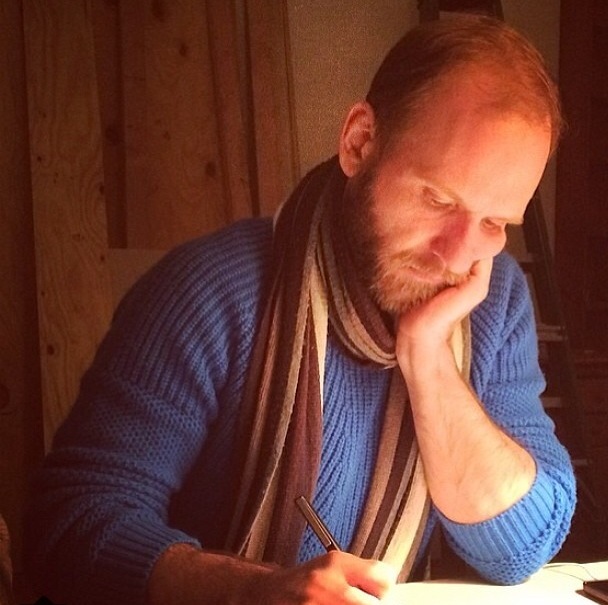 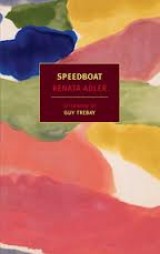 In fifteenth century Italy, the zibaldone appeared. A new type of book, the zibaldone collected bits and pieces of various texts according to its compiler's taste, adhering to no other discernible order. Quotations from literature, personal reflections, scientific observations, aphorisms, philosophical insights, philological investigations, and bits of poetry commingled willy-nilly. Creating such books eventually came to be known as 'commonplacing,' and writers such as Leopardi, Locke, Emerson and Woolf all kept commonplace books. Milton, Forster, and Auden published theirs. In 1976, Renata Adler released Speedboat.Admittedly, from Early Renaissance Italy to Nixon-era America is a bit of a bone/spaceship jump-cut, but the abrupt shift is appropriate. Speedboat, though ostensibly a novel, reads like a New York City zibaldone, seizing and assembling wry dispatches from urban life, and is a thorough study of the abrupt narrative shift. Recently republished by NYRB Classics alongside Adler's second novel, Pitch Dark (1983), Speedboat is a mesmerizing, sometimes frustrating, often delightful novel that revels in refuting Forster's injunction: “Only connect.”Adler's fictional commonplace focuses on the life and times of Jen Fain, an Adler-like journalist living in 1970s Manhattan. She does all the things that “highly urban and ambitious people...trying to lead some semblance of decent lives” do. She goes to parties populated with socialites, writers, and intellectuals, takes cabs with strangers in the wee hours, goes to brunch, and travels for business and pleasure. She is the taciturn yet acutely observant party guest, and she is a terrific recorder of the quotidian experiences that constitute life in the city. She ruminates on rats, endures unsettling encounters with cabbies, forges ad hoc but genial relationships with fellow tenants, and frequently observes New York's unique barrage of non-contextualized stimuli; voices overheard in the street, flashing lights, discarded objects, and amplified announcements.

“'The score,' the megaphone on the ferry around Manhattan said, from time to time, without further explanation, 'is one to nothing.' To the foreigners, unaware perhaps that a World Series was in progress, this may have seemed an obscure instruction, or a commentary on the sights. 'In the top of the fifth,' it said, with some excitement, as we rounded Wall Street, 'the score is five to one.'

Vignettes, fragments, and snippets of dialogue are Adler's atomic units, and Speedboat works not by plot (none), nor by overarching narrative (ditto), but by the steady accumulation of these small pieces. The criteria for a vignette's inclusion, as well as the novel's overall organization seems determined mostly by the writer's taste. Via these vignettes, Fain reveals details about her own life and work, but obliquely, for her gaze is trained mostly outward, and like a transparent eyeball, she is subsumed by whatever she sees, and what she most frequently sees, like all New Yorkers, is other people. Characters come and go like subway passengers: a few are taking the train to the end of the line, but most are aboard for only a few stops.

“In the bar of his father's hotel, with the leather chairs that give one the feeling of sitting in a wallet, Dommy has introduced a new drink, Last Mango in Paris. A steep decline.”

The accumulation of observations and reflections gradually generates a gestalt impression of Fain's world, namely post-60s America, afflicted with a pervasive malaise, and distinctly unmoored. About politics, no one quite knows what to think. So too, the economy. Racial anxieties percolate into otherwise innocuous interactions. A fundamental sense of insecurity, whether personal (Fain is wary of a potential rapist lingering near her brownstone), or national (Kent State) produces consequent uneasiness. “We may win it all this year. We may lose it all. It is not going as well as we thought. Posterity, anyway, does not know everything.” Speedboat's numerous anecdotes are only half of the story, however. There is also the white space of the page, constantly rupturing the text and preventing one from ever fully settling into the writing, or being seduced by what John Gardner would have called the 'fictive dream.' Speedboat at times feels so porous, that one is tempted to interpret the ruptures, identify what has been left out. Yet the caesuras dividing blocks of prose are hardly empty; to the contrary, they feel full; full of the complex micro-accumulations of memories that constitute mental associations, and full of an awareness of the discontinuous nature of experience that narration inherently obscures. Late in the novel, Adler writes:

Maybe there are stories... like solitaire or canasta; they are shuffled and dealt, then they do or do not come out. Or the deck falls on the floor. Or a piece of country music, a quartet, a parade, the flag – all the things one ought by now to be too old for – touch, whatever it is.

Speedboat's disconnected stories are those spilled cards; they all belong to the same deck, but their belonging isn't determined by their order so much as by the pattern on their backs. Except Adler's cards are always played face-up, and consequently, the unifying principle appears withheld. But truthfully, nothing has been withheld that could be fully revealed, for what ultimately unifies these Adler's bits and pieces, is the same thing that organizes the commonplace books which Adler's novel recalls: the being of its compiler. Though stories always transmit some of what we are, they never capture all of it; they couldn't. Instead, at their best, they do what Speedboat does – they bring us into contact with our nonidentity to our stories, and remind us that we're still something else. They touch, whatever it is.Renata Adler was born in Milan and raised in Connecticut. She received a B.A. from Bryn Mawr, an M.A. from Harvard, a D.d'E.S. from the Sorbonne, a J.D. from Yale Law School, and an LL.D. (honorary) from Georgetown. Adler became a staff writer at The New Yorker in 1963 and, except for a year as the chief film critic of The New York Times, remained at The New Yorker for the next four decades. Her books include A Year in the Dark (1969); Toward a Radical Middle (1970); Reckless Disregard: Westmoreland v. CBS et al., Sharon v. Time (1986); Canaries in the Mineshaft (2001); Gone: The Last Days of The New Yorker (1999); Irreparable Harm: The U.S. Supreme Court and The Decision That Made George W. Bush President (2004); and the novels Speedboat (1976; winner of the Ernest Hemingway Award for Best First Novel) and Pitch Dark (1983).