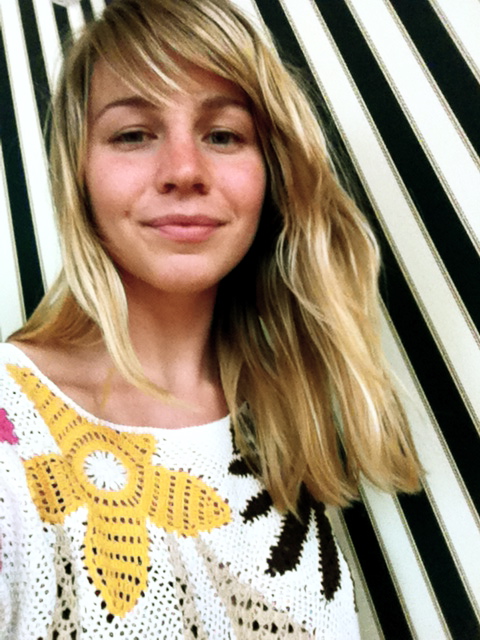 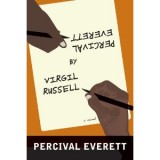 Percival Everett by Virgil Russell (Graywolf Press) is distinguished English professor and prolific author Percival Everett's twenty-fifth novel and is being hailed -- as the dizzying title reflects -- his most labyrinthine and “category-defying” to date. The book opens with an exhaustingly intellectual old man sitting in a nursing home, sinking into the depths of dementia. He and his probing son are having a visit during which one is presenting the other with an unfinished manuscript of a novel, an exchange which reads as follows: “I've written something for you...Not to you but for you. It's sort of something you would write if you wrote.” Attached to this exchange is a catch, one that is a stick thrown into the wheel of every sentence in the book: over the course of the novel, the question of which of the two men has written the manuscript, and for whom, or the question of who is the “I” and who is the “you” remains stubbornly unanswered.In beginning the novel with this uncertainty, Everett sets up a formidable narrative playing field that undercuts the reader's every attempt at extracting meaning from the prose. Within (what either is, or is a construction of) the head space of the degenerating intellectual father, the story time-travels, disappears into aggressive dialectics, launches into songs, poems, and letters, and even trails off into other languages. This subversive rhythm of building toward breaking is one of the simultaneously frustrating and dazzling hallmarks of Everett's writing, what one of this novel's mystery narrators describes as “meaning collapsing under the weight of its own being.”In the first half of the book this rhythm finds much of its means of expression amid the father's mess of dissociative identities, a ragtag crew of characters acting as glimpses (or perhaps nothing of the sort) into the private complications of the father's lucid life. Among others, the father channels a painter awaiting the results of a scandalous paternity test; a highly literate handyman caring for a sick horse; a doctor caring for a redneck drug dealer and accepting payment in the form of antique cameras, and Nat Turner, plucked from his historical context to do things like write William Styron's memoir or talk guns with Charlton Heston.Trailing Everett as his writing masterfully swings in and out of, and knots together, what he calls “realities that are no more real than others” can at times be exhausting to the degree of readerly paralysis. To Everett, this is part of the fun. He has long been an outspoken critic of America's penchant for anti-intellectualism. While Everett is certainly fighting the good fight, he is doing so at a distance that might undermine some of his efforts. In interviews, Everett sometimes mentions that he isn't interested in using his writing to explore what he refers to as “sentimental stuff,” conceding that he is “a little too self-conscious to pull it off.” Altogether avoiding close contact with sentimental territory in a book that is grappling with such tender subject matter -- collapsing lines of communication between father and son, human degeneration, impending death -- not only feels a little pretentious but also somewhat inauthentic. Further, as a reader feeling vulnerable amid the confusing storm path of the narrative, it is sometimes hard to look past the patronizing effect brought on by the aloof quality of the writer's guiding hand.The above said, the second half of Percival Everett by Virgil Russell -- though growing increasingly enigmatic in its philosophical ambling -- does let up a bit on the metafictional heavy lifting. As the degenerating father character edges closer to his dying day, the flickering of perspective among his dissociative identities steadies and the narrative returns to the nursing home. What follows is an entertaining misadventure in which a “gaggle of blue-hairs” creak their way through an elaborate escape mission. Working together, they double-cross the facility's abusive orderlies, steal a set of master keys from the employee break room, pirate the nursing home's van, and hightail it to the shores of Santa Monica Bay, where they all plan on finding a comfortable spot of beach and sucking down a bottle of poison.The final chapter of the novel (or the manuscript within the novel) acts as a sort of dying monologue for the father character. At this point he is presumably in a coma, having -- in solidarity with his escapee friends -- attempted to commit suicide. In his comatose mind's eye, he is, from varying angles, taking in sweeping views of what appears to be the Grand Canyon:

“What I love is that the distance is so distant. One can see all the way until one stops seeing, till it's dark, till the matter falls into other hands.”

If there is some sort of crowning takeaway in Percival Everett by Virgil Russell (which the author would likely argue does not exist), it might be that in yielding before the “distant distance” -- to which all the novel's chaotic gear-switching and persistent nonsense eventually lead -- the reader might be enlightened to or reminded that the nature of the way in which all language gets put to use is ultimately arbitrary. Nonsense is only nonsense when it is asserted to be nonsense. And the same goes for sense. “Meaning [again and again] collapses under the weight of its own being.”Percival Everett is Distinguished Professor of English at the University of Southern California and the author of more than twenty books, including Assumption, Erasure, and I Am Not Sidney Poitier; three collections of short fiction; and one book of poetry. He is the recipient of the Academy Award from the American Academy of Arts and Letters, the Hurston/Wright Legacy Award, and the 2006 PEN USA Center Award for Fiction. He lives on his ranch in the mountains outside Los Angeles.