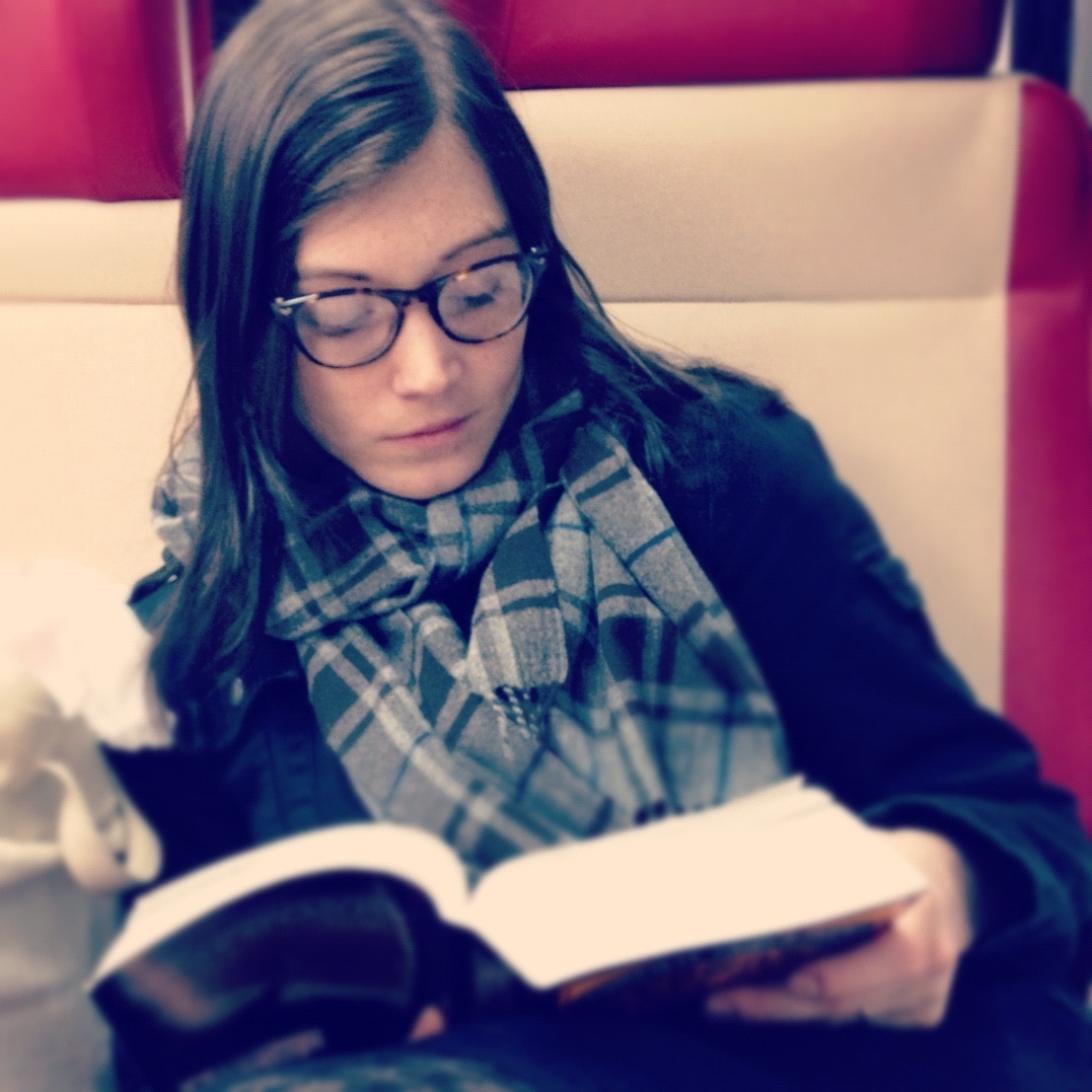 Sarah Gerard is a New York-based writer and bookseller. Her work has appeared in BOMB, The Brooklyn Rail, Slice, and New South. She's an MFA candidate at The New School. 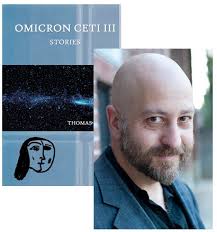 The namesake story of Thomas P. Balázs's debut collection, Omicron Ceti III (Aqueous Books), opens with a list by Erik, the wry and institutionalized main character. As well-developed a personality as any Balázs creates, Erik demonstrates both what works and what doesn't about Balázs's collection in this brief opening statement:

His brand of wit is evident here, as are many of the prevalent themes of Balázs's work. We learn that the character receives psychiatric treatment, that he has an interest in science fiction, that he has a romantic interest likely to be challenged (by the fact of its being introduced at the opening of the story). While the list is a useful device in this particular story – Balázs justifies it by saying that lists of three are a kind of OCD for Erik – it calls to mind a certain introductory writing workshop practice: “When designing your characters, make a list of questions and answer them. What does he do for a living? What are his favorite TV shows?” Etcetera. The idea is that a character is something designed, is something that the writer creates and then imposes action upon. But the practice is usually shed when the writer is ready to trust his characters and let them dictate the story. In Balázs's case, every character has something “about” him or her, an obsession or a hobby that makes them instantly recognizable. It's as if Balázs dressed them up like paper dolls, starting with a nude cutout and hanging a quality here, a characteristic there, to make them “a gourmand”, “a literature student”, “an art teacher”, “a salesman”. “What should this one do for fun? Ah! I think I'll make her play the tuba.” The result is mixed. While the book is full of memorable characters, the stories themselves don't feel organic. Reaching the end of one, it's sometimes unclear what Balázs intended to happen; what was the point of all this? you ask yourself. What was I supposed to take away from it? The scenes don't progress naturally from one to the next; when the characters explain their motivation, it often sounds as if they're cold-running lines from a script – there's no depth to them. As if Balázs decided, in advance, what the story would “do” before he knew what it was about.The nine stories are divided into groups of three that progress roughly in chronological order along the characters' curve of maturation, beginning with a girl's first menstruation and ending with a middle-aged college professor's sexual obsession. Appearing third, “Omicron Ceti III” takes its name from an original Star Trek episode wherein the Enterprise visits a colony of expatriate Earthlings on the planet Omicron Ceti III. Like this and many other Star Trek episodes, Balázs's collection calls into question repeatedly what it means to be normal, sane, and functional at each stage of one's life. Expecting the entire population of Omicron Ceti III to be dead of exposure to certain atmospheric rays, the voyagers of the Enterprise find instead a population that is alive and healthy. Living among them is Leila Kalomi, a botanist Spock worked with on Earth six years before, and who tried to engage him romantically, but failed. Now reunited, she lures him to a secluded section of the planet where Spock is sprayed with spores from a native plant that Leila tells him induces happiness and euphoria. Spock falls under the spell of the plant and professes his love for Leila and his desire to stay on Omicron Ceti III, just as the rest of the crew is exposed to the spores aboard the ship. Captain Kirk finally saves the day when he discovers, through his own adverse reaction, that strong, violent emotions combat the effect of the spores. He coaxes Spock back onto the ship and goads him into an outburst, freeing him from the spell and allowing them both to save the remainder of the crew and the inhabitants of the planet, who decide to find somewhere else to live. That Balázs chose to name his book after the planet may be significant for a few reasons. For one thing, the relationship of body-to-mind and body-to-identity is important to his characters, whether consciously or tacitly, and their transformations happen in tandem with the merging of the intellectual and the physical. The two cross paths significantly in “April Paris”, wherein a Chicago graduate student leaves school and takes up with a New York stripper, and in “The Gourmand”, which follows the progression of a man's obsession with strange foods to the point of cannibalism. In the first story, “Niddah”, a pre-teen gets her period and worries that she is niddah (ritually impure, in the Jewish faith). She won't be able to do the things she did as a child, like “running naked through the sprinklers and holding Daddy's hand and wrapping my arms around Mommy's waist.” At the same time, her friend (a boy) is upset that she won't come out and play in the rain like she usually does, and when he finds out, at school the next day, that it's because she has gotten her period, he is less than understanding.

“Because you got your period?”“Michael...”“Because you're on the rag?”“Hey!”“Because your vagina is bleeding?”“Michael!”He turns around and walks away. Ritually impure or unclean, it's all the same to him.

While the story ends a bit abruptly, it's clear that the character is grappling with feelings of being an outsider; what it means to be, if not yet a woman, then no longer a child among the children in her class. She wonders if she is unclean, if she is “normal” anymore. She wonders, I imagine, who she is if she is not the girl who holds her daddy's hand. The relative nature of identity runs through the rest of the stories, as well, in particular the second story, “My Secret War”, about a student in a private high school who comes to terms with his homosexuality by way of anonymously harassing his English teacher, also a homosexual. At one point, the teacher quotes Emerson's “Self Reliance”: “To believe your own thought, to believe that what is true for you in your private heart is true for all men—that is genius ... No law can be sacred to me but that of my nature.” But later, discussing The Scarlet Letter, he employs Emerson differently: “Emerson would have agreed that Dimmesdale is weak, but I think he also would have recognized the strength of the social confines in which he lived and might have been a little less harsh on the minister than you have been.” The idea of identity is linked to normalcy in both of these works and Balázs's, harkening back to the Star Trek episode, which asked, “What is normal? And what can be acceptable?” Most important about Omicron Ceti III, the planet, is its intoxicating plant and the effect it has on the planet's inhabitants. They fall under its spell, believe the world is other than what it is, and allow themselves to be carried away by artificial euphoria. Sort of like what reading good fiction can do. But also like fiction, the effect of the plant wears off after awhile, or can be interrupted. Balázs opens each of the three sections of his collection with a quote from the episode:

The sense of a fading high is felt in the arc of these quotes. Was the high not so good? Imagined in the voice of the reader, the speaker seems disenchanted by her experience. Indeed, it is easy to be swept away by the incredible nature of Balázs's characters – to allow them to lead you into unique situations (like “The Caves of Juarez”, the second-to-last story). An astrophysicist! A man who eats rat! A tuba-playing Freud enthusiast? It is often exciting at first. But improbable characters inhabit improbable stories, and in the case of improbable stories, there needs to be an underlying sense of the emotionally, if not situationally, probable. Balázs's characters are more like personalities, or caricatures – exaggerated versions of what could have been down-to-Earth if treated correctly, but their features are bigger, in-your-face, unsubtle. The stories are more about them than the characters who own them. Which is fine, if what you want is entertainment. And certainly, Balázs loves to entertain. He is smart and funny, and clearly well-read. But his characters lack the emotional depth necessary to make a piece of fiction great. His touch is heavy, and his ends are loose. By the end of the high, you want to go home.Thomas P. Balázs teaches creative writing at the University of Tennessee, Chattanooga. His fiction has appeared in numerous journals, including The North American Review, Soundings East, and The Southern Humanities Review. His work has also appeared in The Vermont College 25 Anniversary Fiction Anthology and Robert Olen Butler Prize Anthology 2004. Recipient of the Theodore Christian Hoepfner Award for best short fiction 2010, his stories have been nominated for the Pushcart Prize, Best New American Voices, and the AWP Intro Journals Project Award.

Sarah Gerard is a New York-based writer and bookseller. Her work has appeared in BOMB, The Brooklyn Rail, Slice, and New South. She's an MFA candidate at The New School.