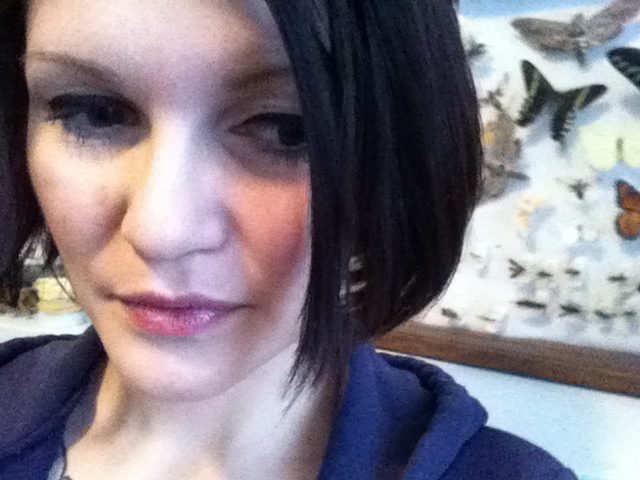 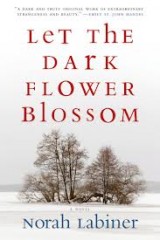 Billed as an "existential murder mystery," Norah Labiner's fourth novel, Let the Dark Flower Blossom (Coffee House Press), will subsume you. It's a protean universe -- lush with scandal, violence, and perverse glamour -- where everything and nothing is true. All of the tantalizing ingredients of a solid mystery are present: the hand that pushes the blade into the heart, the shadowy figure setting the house on fire, the body buried in the snow. But unlike many murder mysteries, this novel pushes well beyond the conventions of its genre: it is also a modernist experiment in the novel-as-verse form, an unabashed rehashing of mawkish imagery (strands of pearls, lost keys, post-nuptial orange slices), a psychoanalysis of narrative truth versus historical truth (the he-said, she-said, and what-God-saw), and a meta-fictional health hazard. This is not dinner theater for lazy readers.

The crime at the center of the novel is the murder of Roman Stone, a celebrated, indulgent novelist, found stabbed to death with a pair of scissors while watching a televised baseball game: He was discovered by a delivery girl bringing his dinner: two cheeseburgers, onion rings, and chocolate cake. She said that the door was open; that she heard the cheering crowd.

Closely orbiting Stone's death are Eloise and Sheldon, orphaned twins, and Stone's estranged college companions. It's a well-conceived trinity, aided by an ever-expanding cast of technicolor figures: the old amnesiac doctor dying on a remote island; his somewhat feral, berry-stomping daughter; the neon-haired art professor/heiress to a soda pop fortune; the dynamic, morally questionable lawyer (stuffed a body into a suitcase? not a problem); the French B-grade film star who smokes and reads poetry outside the theater; and so on. Most of them have periodically dreamy expressions, make gestures like fainting women, and are prone to reading Very Serious Literature. This sounds silly and distended, and it sometimes misses the mark. But, to credit Labiner's formidable talent and lyrical capabilities, it works shockingly well as a whole. Pages turn, red herrings abound, suspense builds. In classic whodunit form: everyone has a reason to want the dead man dead. And that makes for a very juicy story. Yet, for a novel with such a scandalous premise, Let the Dark Flower Blossom is as much a plot-driven work as a meditation on superficial appearances--characters are described as beautiful, question their own beauty, or have their beauty revoked in varying succession. It seems fitting, then, that the novel's surface, its structural form, is the most notable element when you first begin reading. Chapters with old-school summations as headers (Chapter 1: Susu breaks the first rule of storytelling) are further divided into numerical subsets, the contents of which range from a paragraph to a sentence (208. It was not the first time.) to an image (180. The black cat went from room to room.). Midway through, a paragraph might degrade into a lyrical narrative verse, followed by a number, followed by a single question:

Inj rented the car in Duluth. She drove them on through bleak winter-stricken towns. At the Stockage they slept together in the small bed in the overheated room. And at the Kracked Kattle, he had pancakes; she ordered eggs. While Salt read aloud from the crime blotter from the newspaper, Inj looked at the atlas. Salt did the police in different voices. Inj plotted their course. And so they came to Damascus. They took a boat across to the island. 31. Snow fell. 32. Inj paid the ferryman. 33. The ferryman directed her to the Inn. Where--

Whereas most novels strive to conceal narrative techniques, Labiner creates a narrative exoskeleton -- an organic form which crumbles, grows chaotic, or strengthens dependent on the action at hand. And while such a decision might insinuate a disjointed read, this form actually allows Labiner to upend the linear timeline, shift from a third-person point of view to the first-person perspective of multiple characters, and to portray events and truths from all sides. It's a somewhat labored but ultimately vital structural choice, both original and outstandingly suited to the mystery genre.Clearly not a shy author, Labiner pushes the narrative one step further. Coupling bold formal elements with writerly central characters, Labiner opens up a Pandora's Box of meta-commentary on the art of storytelling. Within the text, classic poems are misquoted, writing is taught to college students, manuscripts are thrust about, and typewriters take on the aura of cursed gold. The novel itself, Labiner states, "was written on a portable typewriter, and the violence with which each metal key struck the page is imprinted into the story." Reading along, unsuspecting, you may be thrown face first into one of countless self-referential musings:

A story is a labyrinth, and all paths lead to the monster. Who is the monster? Is it the storyteller? A good storyteller must be a monster. The best stories tell of the worst of human nature. The worst, our broken laws. Our nightmares realized. To write of such things, an author must commit the act himself, if only on the page. And what of us? What of the readers? In the real world, we read our newspapers. We butter our bread. We read of murder and we are sickened. But in fiction, in the story: we want the dead girl. So -- who is the monster?

It's a personal assault, a literary ambush, an accusation, a direct involvement. As readers we are implicated. As readers we bear guilt. On the rare occasion of novels such as this, our passivity is revoked and we are restored, if monstrously, to power. ABOUT THE AUTHOR:Praised for her ability to write “heartbreaking and vastly original tale[s] of literary intrigue” (Time Out New York), Norah Labiner‘s debut novel, Our Sometime Sister, was a finalist for the Barnes & Noble Discover Great New Writers Award. Her second novel, Miniatures, was an American Library Association Notable Book, a Minnesota Book Award winner, and a selection for both the Minnesota Monthly and Utne Reader bookclubs. She lives in Minneapolis.