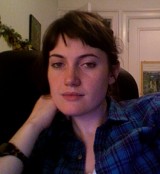 Frederica Bepler is a writer and editor in New York City. She graduated with a degree in Creative Writing from Oberlin College. 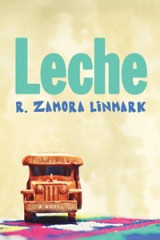 A novel of place and character, R. Zamora Linmark's Leche (Coffee House Press) focuses on six days in the life of Vicente “Vince” de Los Reyes, as he returns to his birthplace, the Philippines, after thirteen years of living in Hawaii. As he travels to Manila for the first time since he was nine years old, his story takes a nonlinear approach to a homecoming tale.How does one classify this type of storytelling? Leche is bursting with local flavor, from Vince's long lost relatives to the local celebrities that seem to pop up out of nowhere wherever he goes. Life in Manila in 1991 is vibrant and changing every minute, and Linmark captures the texture and gradations of this time and place. Vince finds brief infamy as a guest on a live talk show hosted by the daughter of the President. He also meets the stars of his, and his family's, favorite movie from before they left for the United States. He wanders the streets and visits relatives that he hasn't seen in some time, has a brief affair with his driver, and meets an attractive tourist who may know more about Manila than he does. At times, the energy of the book is frenetic, as Linmark weaves stories within stories, attempting something akin to what Fellini did in films like La Dolce Vita and Amarcord--drawing together every character and influence inside Vince's story, creating a frenzied verisimilitude in an effort to capture the whole chaotic sum of their lives.At times, however, the chirping, swooping style can make the narrative feel overly scattered. Linmark uses poetry, prose, charts, lists, and his playwright's ear for dialogue to vary and enrich the texture of Leche, but this can also distract from the story at hand. The novel is, ostensibly, about Vince, but often his role in the narrative is surrendered to playing witness. The passages where we see the most of him are when he muses on past experiences and loves, nervous about the fact that, at twenty-three years old, his busybody family doesn't understand why he hasn't found “the one” yet. We see him falling in love with his best friend in high school, then for cad after cad in Honolulu, a gay community so small “it can be measured in inches.” Linmark makes some excellent points about identity. Vince struggles with a dilemma familiar to many first- and second-generation immigrants: where do I fit in? In Hawaii, he feels Filipino, but in the Philippines he is deemed too American. His exploration of his heritage, in turn, brings even more complications to the matter. It is a culture that has been so deeply affected by colonization and political upheaval that it is difficult to define where, exactly, it fits in to the wider world. Most everyone in Manila uses Spanish words, but their meanings have mutated with time. The “leche” of the title means “milk” to most Spanish speakers, but to Filipinos it means “shit.” It is also the name of a gay club Vince finds in an old church--run by a drag queen, and apparently was the setting for one of Vince's favorite childhood movies. Vince is a hybrid in a culture that has already been hybridized. Doesn't that mean he should fit in?In its mission to capture the entire story, Leche is sometimes successful, though other times the reader might feel like they would be fine with half. Vince's struggles are relatable to anyone who has come of age trying to reconcile their identity with their desire to identify.R. Zamora Linmark is the author of Rolling The R's, Prime Time Apparitions, and The Evolution of a Sigh. A two-time Fulbright Scholar, he has received grants and fellowships from the U.S.-Japan Friendship Commission, National Endowment for the Arts, San Francisco Arts Commission, and twice from the Fulbright Foundation, in 1998, and as a Senior Scholar in 2005. His residencies include the Macdowell Colony, the Corporation of Yaddo, Virginia Center for the Creative Arts, and, most recently, Fundacion Valparaiso in Spain. He has taught at the U.C. Santa Cruz, De La Salle University in the Philippines, and most recently, at the University of Hawaii in Manoa where he was the Distinguished Visiting Writer. His writings can be found in many anthologies including Charlie Chan is Dead (edited by Jessica Hagedorn).

Frederica Bepler is a writer and editor in New York City. She graduated with a degree in Creative Writing from Oberlin College.