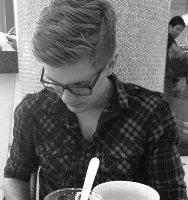 Morten Høi Jensen is a freelance book critic. His writing has appeared in Bookforum, The Quarterly Conversation and Open Letters Monthly, among others. He is the books editor for Idiom Magazine. 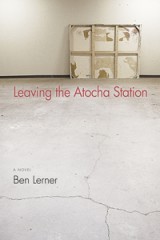 Ben Lerner's Leaving the Atocha Station (Coffee House Press) marks the poet's first foray into prose fiction—with, it has to be said, very impressive results. This is an unusual American novel, sensitive to contemporary politics, absorbent of modern technology, weary of the easy consolations of plot; Lerner is far more interested in the simple drift of existence, in attempting to convey what it is really like to to feel “the texture of time as it passed, life's white machine.” Adam Gordon, a pill-addled, hash-toking young poet, is in Madrid on a fellowship that commits him to an elusive research project for an epic poem about the literature of the Spanish Civil War that he avoids writing. Adam, for whom a “profound experience of art” has come to mean “a profound experience of the absence of profundity,” doubts the value of poetry, even resents it a little. It is, he decides, an “archaic method of conveyance,” like travelling by rail. He spends his year in Madrid taking tranquilizers and smoking spliffs, avoiding the head of the foundation funding his trip, and going to upscale parties in the region. He is often in the company of one of two women, Isabel or Teresa, drumming up various lies or half-truths about himself or his parents. He claims his mother is dead, or dying, but accidentally reveals to Isabel that she isn't. Later, coming clean to Teresa, he claims his father is “basically a fascist”:

“He is a man of right-wing politics,” I said, meaninglessly. “He only respects violence.” As I said this, I thought of my dad patiently trying to get a spider to crawl from the carpet onto a piece of paper so he could escort it safely from house to yard.

Adam is a wonderfully complex character creation. He is self-loathing and depressive, sometimes even a little cruel. He is prone to sudden leaps of jealousy; when Teresa introduces him to Carlos, whom she is later seen kissing, Adam grins “in a way that suggested I would slit their throats if given the chance.” But he is also oddly charming and, naturally, very intelligent; his reflections on the poetry of John Ashbery (taken from Lerner's actual thesis, “The Future Continuous: Ashbery's Lyric Mediacy”), are intriguing and—sorry, Adam!—profound. This multifariousness is often the source of some pretty black comedy. This reviewer particularly cherished Adam's date with Isabel before her departure for Barcelona. Having indulged in a rainbow variety of uppers and downers, Adam takes her to one of the most expensive restaurants in Madrid, followed by a night at the Ritz. Failing to inform Isabel beforehand of the nature of the restaurant, Adam takes a cruel pleasure in conveying an apologetic smile to the hostess, and in making the under-dressed Isabel feel embarrassed. Once at their table Adam gets increasingly drunk, does his best to make a scene, and eventually has to excuse himself to go to the bathroom and vomit. Leaving, he tosses a handful of coins into the bathroom attendant's bowl, “which may have been for mints.”This protracted, darkly comic scene comes at a critical moment in the book. The actual date of their date is 10 March 2004; waking up the following morning, Adam finds himself at the scene of the 11 March Al-Qaeda train bombings that killed more than two hundred people. Leaving the hotel, he wanders over to the Atocha station:

People streamed from the various exits, some of them wounded, lightly I guess, and emergency workers rushing in. I saw, I might have seen, a dazed teenager with blood all over his face and a paramedic who took his arm and sat him down and gave him something that looked like an ice pack, instructing him to sit and hold it to his head. There was an odor of burnt plastic.

Adam reacts by walking back to his apartment, where he sits smoking and updating the web browser on his laptop so he can read the Guardian's or the New York Times' accounts of what is taking place around him. Later, at the Salamanca art gallery he frequents, Adam is challenged by Teresa: “How are you going to participate in this historic moment?” For a novel about the reaches and limits of various forms of human communication—art, sex, poetry, translation, lies, love, emails—Teresa's question is a penetrating one. How do you participate in a historic moment when you are as spectatorial as Adam, who writes poetry about observing himself from afar, and reads about the protests in Madrid on the web instead of participating in them himself? The problem is posed but—naturally—never resolved (in this novel, as in life, things do not magically resolve themselves). It is the crux of Lerner's interest in the difficulties of contemporary communication; it's revealing that one of the most intense moments in the narrative occurs in an instant message exchange between Adam and his friend Cyrus. From Mexico, Cyrus tells Adam the tragic story of a girl who drowns despite attempts at CPR:

ME: so she was deadCYRUS: She was deadME: fuck, manME: what did you do then

Lerner accurately captures the dissonance of having so emotionally fraught a conversation through such a limited medium—akin to the difficulties he encounters in his poetry. Life in this sense is like Adam's poetry: “pure potentiality, awaiting articulation”—except Adam, like Lerner, seems unsure of what that articulation ought to look like. Lerner lets these ambiguities stand; Leaving the Atocha Station is in part a novel about the difficulties of writing a novel (“I would never write a novel,” Adam says). This is not as self-conscious as it sounds; the novel hoards its moments of pure potentiality so effortlessly, so realistically, that the simple drift of time in effect becomes the articulation itself. Adam is right: he hasn't written a novel; we've simply glimpsed him in a window of existence. Ben Lerner is the author of three books of poetry The Lichtenberg Figures, Angle of Yaw, and Mean Free Path. Lerner has been a finalist for the National Book Award and the Northern California Book Award, a Fulbright Scholar in Spain, and the recipient of a 2010-2011 Howard Foundation Fellowship. In 2011 he became the first American to win the Preis der Stadt Mínster fír Internationale Poesie. He teaches in the writing program at Brooklyn College. Leaving the Atocha Station is his first novel.

Morten Høi Jensen is a freelance book critic. His writing has appeared in Bookforum, The Quarterly Conversation and Open Letters Monthly, among others. He is the books editor for Idiom Magazine.