IN THE MEMORIAL ROOM by Janet Frame 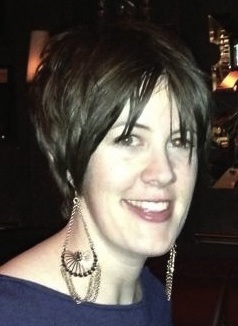 Molly Lindley is a graduate of Smith College and works in book publishing. She lives in Brooklyn.
December 8, 2013 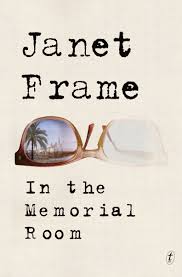 It isn't terribly difficult to imagine why Janet Frame might have chosen to stipulate that In the Memorial Room (Counterpoint Press) be published only after her death. Based on Frame's own experience as a Katherine Mansfield Fellow in Menton, France (where the story is set) and written during her tenure there, the novel is a searing comedy of manners that dissects the affectations of the self-proclaimed literati with a deft hand and a sharp tongue, offering little by way of mercy -- even to its protagonist. Harry Gill is a thirty-something writer with two moderately acclaimed novels behind him, as well as being rather a wet noodle; his struggle to make himself an actor of any consequence in his own life or the lives of others is, ironically, the motive force behind the novel's plot.Unfolding in the form of Gill's private journal, as the story opens he has just been awarded the Watercress-Armstrong Fellowship, and here already the trouble begins: though established in memory of the poet Margaret Rose Hurndell, who published a few notable collections and died young, the scholarship is named for the families that fund it, “a means by which [they], denied fame in their journalistic endeavors, might snatch a little of its nourishing glory.” Gill, the fellowship's ostensible honoree, will labor ineffectually to attain any of this nourishing glory for himself as he attempts to navigate the professional obligations and social niceties binding him to the misfits and might-have-beens that orbit the legacy of the deceased poet like satellites around the sun: Elizabeth and Dorset Foster, Hurndell's sister and brother-in-law; Louise and Haniel Markham, Hurndell's sometime companion and her husband; and the formidable Watercress family -- Connie and Max, their son Michael, and his wife Grace -- who make little effort at disguising their ambitions for Michael's literary career, even if his path to success should intersect quite awkwardly with Gill's own.Adding to Gill's troubles is a potent sense of his own gradual erasure. Early on we learn that Gill believes himself to be suffering from a degenerative eye disease that will soon render him blind, but a trip to a doctor not long after his arrival yields a different diagnosis. “You display,” he is told, “the incipient signs of intentional invisibility.” In other words, the quiet, observant, cooperative nature on which Gill prides himself is leading him to participate in his wholesale expunging from the minds and lives of the very people who have brought him to Menton, as his presence continually and inconveniently disrupts their notions of their own status in this small kingdom. Three-fourths of the way through the novel, events take a surprising and unpleasant left turn for Gill, and the mood thickens and darkens to a tenor evoking Kafka's Metamorphosis -- for his benefactor-captors, Gill becomes an object of thinly disguised repugnance and frustration, and we sense that what is at stake for him in fending off this image is not just his ability to communicate with others but his very life. (It might be argued that for a writer, if not for all humans, these are essentially one and the same.) Yet at the same time, Gill's inexorable walling-off from the world would seem to enable the kind of uninhibited productivity in his work that he so craves, and cannot grasp, throughout much of the novel.The unexpected resolution of this longstanding tension between a writer's inner and outer worlds, though surely not the one Gill would have chosen for himself, leaves the book's ending to register as not wholly tragic, if more than a little unsettling. Though In the Memorial Room is a work of fiction, its acknowledged foundation in autobiography and certain of its preoccupations make it tempting at times to read Frame's own thoughts into Gill's perspective. Written when Frame was fifty years old, and twenty years into a career which would produce only three more works of fiction, the novel is also a fearless meditation on some of life's thornier philosophical problems, and the questions that it raises -- about mortality, legacy, the difficulty of human connection -- seem more appropriate to a writer of Frame's age and experience than one of Gill's. Frame's desire to manage her own reputation, particularly with regard to her mental health, would lead her to publish three consecutive works of autobiography in the nineteen eighties -- works which, to Frame's exasperation, only served to heighten public speculation about her as she amassed further international honors and acclaim.Viewed in this light, Harry Gill's discomfort with both fame and obscurity becomes a cri de coeur on the part of his creator for which the reader is hard pressed not to feel an almost painful sympathy. Yet as with Frame's autobiographical works, even as this novel seems to insist on the elision of the idea of the author -- leaving behind, at the book's end, only an accretion of words freed of their human context -- the very precision and brilliance of Frame's language, and her facility in documenting the idiosyncrasies of the human psyche, inevitably draw our attention back to the woman behind the curtain, demanding acknowledgment of a stunning literary accomplishment. As a posthumous capstone to Frame's body of work, then, In the Memorial Room is indeed fitting--itself a memorial to an enigmatic and inimitable writer whose legacy needs no embellishment.Janet Frame is legend. Her full bio can be found on the Janet Frame Literary Trust website.

Molly Lindley is a graduate of Smith College and works in book publishing. She lives in Brooklyn.