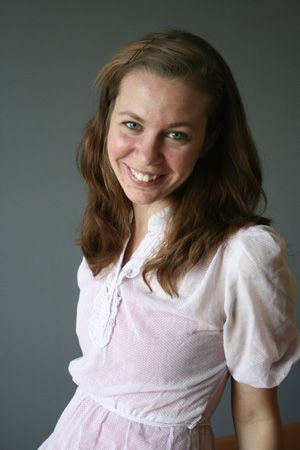 Joey McGarvey works in publishing. She is a graduate of Stanford University and is currently earning her master's at New York University. She is also a founding member of [tk] reviews 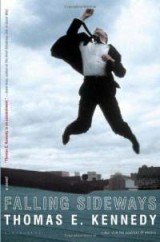 “Noisy selfwilled man. Full of his son. He is right. Something to hand on. If little Rudy had lived. See him grow up. Hear his voice in the house. Walking beside Molly in an Eton suit. My son. Me in his eyes.”-James Joyce, UlyssesThe course of Ulysses is one that carries a childless father, Leopold Bloom, and a fatherless son, Stephen Dedalus, closer together. And like James Joyce's masterpiece, Thomas E. Kennedy's novel Falling Sideways is, in part, about the broken relationships between two fathers and their sons. Martin Kampman, a hired gun downsizing operations at a Copenhagen firm known only as the Tank, is cold and domineering, and his teenage son, Adam, eventually rebels. Frederick Breathwaite, an American expatriate who has just been laid off by Kampman, futilely attempts to convince his freewheeling son Jes to commit to adult life. And Adam and Jes, both trying to determine their own measures of success against those of their parents, eventually encounter and shape each other. With such preoccupations, it's unsurprising that Ulysses should play a prominent role in this second entry in Kennedy's Copenhagen Quartet. Breathwaite is the stand-in for Leopold Bloom: like Joyce's hero, he's impotent (both sexually and socially) and full of disappointed hopes for his son. Even more noticeably, he sounds like Bloom; every chapter from Breathwaite's perspective gives Kennedy a chance to try out his Joycean chops. For example:

He lifted a slender tin box of Henri Wintermans Royales from the side pocket of his jacket, and his eye caught the warning plastered there: “Cigar Smoking Can Cause Cancers of the Mouth and Throat, Even If You Do Not Inhale.” Tell it to Bill Clinton. Funny, how they capitalize the words. Old-fashioned types. He lit one. The secret to enjoying cigars was variety. The rough dry smoke in his mouth was bracing. He wondered if he would get cancers of the throat and mouth. Why plural? More than one kind?

The cultural literacy, the powers of observation, the incessant asking of questions: all clearly announce “Bloom.” But if readers miss the formal tribute, there's no need to worry. Kennedy really wants his audience to get the allusion, and to this end he drops a number of hints:

“Breathwaite caught the reference”; did you? Kennedy encourages readers to make the connection, but inevitably suffers by it. While he manages to suggest the master's cadences, Kennedy isn't Joyce, and his prose never quite rises above being more than a competent imitation. Occasionally, however, Falling Sideways stirs to life, and it allows readers to see what might have been. These moments come almost exclusively in the chapters dealing with Adam and Jes. For a writer who chose corporate life for his subject, Kennedy writes startlingly well about the triumphs and trials of adolescence; it's both moving and a little thrilling to witness Adam's first encounters with beer, sex, and music. In one scene, for example, Jes offers Adam some advice:

Have you ever seen a Jutland girl naked? Dear God, man, you're trembling, you are literally trembling. Listen, listen, here is what you got to do. You go in there quietly and you sit on the edge of the bed and you just watch her. Just watch her face. And when she opens her eyes, you smile at her. Don't blush or fumble or get scared. Just smile right into her eyes. She smiles back, which she surely will, then you lean down and kiss her on the mouth. Not hard or fast—just slow and light. And let what happens next happen.

Somehow moments like these seem exciting and almost innocent, breaking through the otherwise lethargic movement of the novel. Ultimately, though, they're not enough to kick-start the narrative. The novel moves slowly on, meandering through Copenhagen before reaching its quiet ending. It never offends, really, but the twinned weights of this torpor and its ambition prevent Falling Sideways from ever taking off. Read it, but prepare to be left waiting expectantly; better still, treat yourself to a copy of Ulysses and, like Breathwaite, a bottle of good whiskey.Thomas E. Kennedy was born in New York. He has lived in Copenhagen for over two decades, and has worked, among other things, as a translator for Copenhagen's Rehabilitation Centre for Torture Victims. He is the author of eight novels, as well as several collections of short stories and essays, and has won numerous awards including the Eric Hoffer Award, the Pushcart Prize, the O. Henry Prize and the National Magazine Award. He teaches creative writing at Fairleigh Dickinson University, and is the father of two grown children who live in Denmark.

Joey McGarvey works in publishing. She is a graduate of Stanford University and is currently earning her master's at New York University. She is also a founding member of [tk] reviews