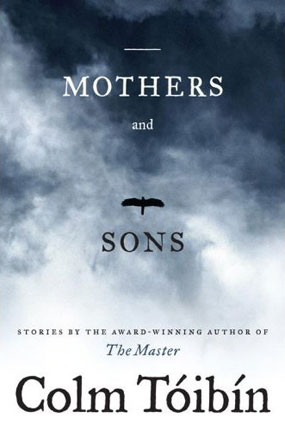 Scribner, January 2007, 288 pages, $24.00Colm Tíibín's dazzling new collection of short stories, Mothers and Sons, contains-as one would expect from the title-multiple mother-son relationships, all harboring different twists of heartbreak. Mothers and Sons is the follow-up to Tíibín's 2004 novel, The Master, a historical and fictional account of Henry James, which was short listed for The Booker Prize. Tíibín's characters in both The Master, and Mothers and Sons, spend ample time observing the lives of others, and reflecting on their own condition and integrity.

Nothing is easy for anyone in the world Tíibín presents. The nine stories in Mothers and Sons depict an array of mother-son relationships with varying degrees of closeness. The spectrum ranges from mothers who die, to mothers who drink too much, to a mother who suffers by learning her son molested children. But while Mothers and Sons is not filled with happy family memories, neither is it only rife with turmoil. Not one family is without fault, but Tíibín has created characters with such tangible emotions that, for instance, we can forgive the mother in "A Song" who hasn't been home in nearly two-decades. None of these characters are simple, and though Tíibín's storytelling is brilliant, Mothers and Sons belongs to its characters.

The collection begins and ends with stories where a son must tend to his alcoholic mother. Beyond the theme of addiction, the two stories couldn't be more different. Tíibín's drastic shift in tone helps keep the commonalities at bay. In "The Use of Reason," a son describes his alcoholic mother with harsh words: "His mother knew that the neighbors were afraid of her sudden kindnesses as well as her tantrums and her drunken rages. Thus a smile from her could be as unwelcome as a scowl." While in "A Long Winter," the passages that describe the mother's drinking are delicate and less cynical. For example, when Miquel first learns of his mother's turmoil, the description develops gently, over time:

Miquel watched as the owner counted out some coins and moved to a row of bottles at he back of the bar. He filled a large glass, the sort normally used for water, with a thin yellow liquid, like pale tea or light sherry, and brought it back to Miquel's mother... . He watched her grip the glass and finish it in two gulps; and, before he turned away, he noticed two empty glasses beside her on the counter, the same type of tumbler that she had just drunk from

Tíibín's stories are dark, full of buried secrets and hidden wishes. And often, nothing is ever fully illuminated. The conclusions are often unresolved, but Tíibín's characters accept their fates, leaving the reader with calmness and understanding, no matter how tangled or arousing the story. Each story in Mothers and Sons is more gripping and poignant than the last. Tíibín plays with language like putty, writing some of the most exquisite sentences in recent literature. From beginning to end, these intricate tales, with genuine, complex characters, prove Colm Tíibín is a master of his craft.

Colm Tíibín is the author of four previous novels, The South, The Heather Blazing, The Story of the Night, and The Blackwater Lightship, which was shortlisted for the 1999 Booker Prize. He lives in Dublin.

Thalia Aurinko-Mostow is currently finishing her B.A. in creative writing at The New School. She completed her first novel, which received glorious praise from her grandmother, earlier this year, and has recently begun work on a second. She lives in New York.