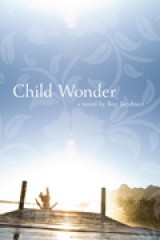 Khaled Mattawa, a leading English translator of Arabic poetry, often raises the issue of how a book might travel out of one culture and into another. From thematic incongruities, to language barriers (idioms, tenses, slang), to unshared histories, not all books achieve what they are meant to when they travel.Roy Jacobsen, one of Norway's most prized writers of the last fifty years—the Norwegian equivalent of Carson McCullers or Philip Roth—has published nineteen books, only three of which have made their way to the English speaking world. In his latest, Child Wonder (Graywolf Press), one might have to ultimately look past the translation, which from time to time can be clunky in its prose or vague in its presentations. Beyond those terrestrial shortcomings, however, lives a vibrant and extraordinary story.The novel opens with a recollection by Finn, the precocious young narrator whose father was killed in a crane accident. He lives with his mother in a working-class suburb of Oslo, in a rundown flat where the only remnants of his father are a few worn out photographs that his mother has secreted away in her top dresser drawer. “It all started when Mother and I had some decorating to do,” Finn proclaims in the opening lines. Throughout the story, he is preoccupied with sofas and televisions, beds and skis. Finn's existence is furtive and mysterious. No one quite says what they mean, or quite means what they say, Finn's mother in particular. Up to this point, he's found comfort in the consistency of the objects around him. When his mother nonchalantly announces they will be redecorating, Finn instinctively knows nothing good is to come.

“If you are honest, by and large, you don't understand a great deal of what is going on around you; by God's good grace, as Mother is wont to say, things usually come in small doses.”

But the redecoration finds not only the pair's physical space altered, but the emotional landscape as well.Jacobson plays out an intricate vision of adolescence, maneuvering characters and story across the page with the detached precision of a chess master. Finn largely does not understand the world around him, but, unlike the typical adolescent narrator, he does not care to. Child Wonder avoids the usual limitations of the coming-of-age novel by exploring the uncertainty and ambivalence of being twelve. There is nothing saccharine here; no hint of epiphany, no saviors. No heroes. What is there is the confusing, and occasionally brutal, experience of growing up.His mother eventually takes on a boarder as a result of her financial insolvency—an odd young man who quickly takes a fatherly interest in Finn. Soon after adjusting to the boarder, life is again interrupted, this time when Finn's mother announces he has a half-sister, and she'll soon be moving in.The heart of this novel resides in the complex relationship between Finn and his half-sister Linda. While the bonds between siblings have been well covered in fiction, books like Pat Conroy's Prince of Tides, Shirley Jackson's We Have Always Lived in the Castle, and Julia Alvarez's How The Garcia Girls Lost Their Accents—a few among many in the “sibling” canon—there is a particular brand of modernity here. With stunning effect, Jacobson captures the angst and helplessness of a generation, as well as their tenacious resilience and enduring hope.Finn wills himself not to see it, but Linda is different. She has a funny way of being, a stilted way of interacting, and when school begins, she does not follow Finn through the front doors, but slips around to the side doors, to the special class.The story asks: What is that instinctual need to protect one's family? The gut-wrenching desire for them to be okay. Normal. Untouched. There is a certain allowance when it comes to familial love, and particularly the love between young siblings. Brothers and sisters can be harsh, even brutal in their hostility, and brutal in their love for one another. But, when you are young, the pain and joy, the intensity of emotion, are so often new and entirely unexpected. Often only in retrospect can any meaning, any sense be culled from the chaos. Such is the incredible work of Jacobsen's novel.Roy Jacobsen is one of the most celebrated and influential contemporary writers in Norway. He is the author of several works of fiction, most recently The Burnt-Out Town of Miracles, which was short-listed for the Dublin IMPAC Award.