CAN'T AND WON'T by Lydia Davis 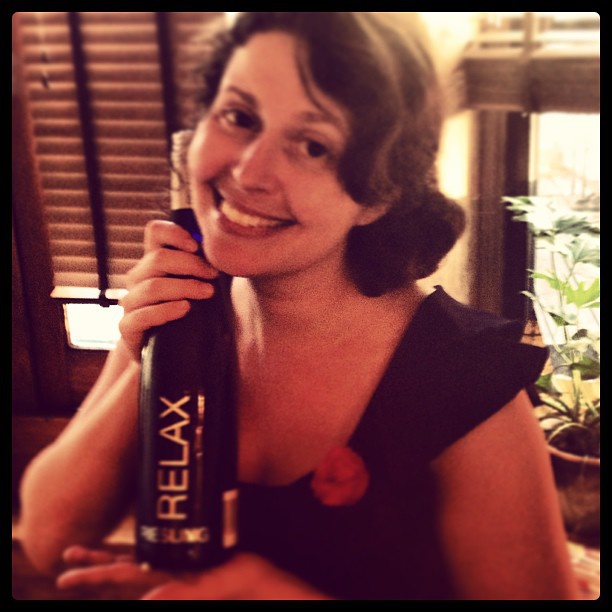 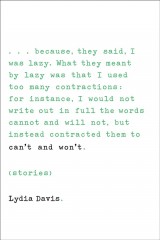 It takes a genius to title a book something as emphatically negative as Can't and Won't (Farrar, Straus and Giroux). Short story maestro Lydia Davis won the coveted MacArthur Foundation award a decade ago, and this new collection of some 200 pieces will thrill loyal readers (of whom apparently Teju Cole is one: he calls her “not nearly famous enough”) but the title's attitude, which colors much of the book, might make others wonder whether Davis's heart is in the writing the same way it once was. Davis's fame comes from her remarkably spare, wry prose. Stories sometimes wrap up in fewer than 140 characters, making her a perfect author for the Twitter age, though she preceded that phenomenon and has not yet fulfilled her stated interest in engaging with it. Many stories read more like poems than tweets, with punctuation and line breaks doing their share of heavy lifting. “The Results of One Statistical Study” reads, in full:

People who are more conscientious as children live longer.

And “Her Birthday” is almost haiku:

105 years old: she wouldn't be alive today even if she hadn't died.

Davis balances detail, rhythm, and humor with a perfectly calibrated ability to let the words on the page breathe. Her stories never try to convince the reader of their cleverness; the impression comes on gradually as the reader encounters story after story and the soft weight of each one builds into something remarkable, like snowflakes solidifying on their own into a snowman. In Can't and Won't, though, Davis brings noticeably less energy to the proceedings. Perhaps half of the vignettes are labeled “dream” or “from Flaubert.” (Davis is an accomplished translator whose Swann's Way (2003) and Madame Bovary (2010) both won the French American Foundation Translation Prize.) Among Davis' own creations, “The Cows” is a meditative, lovely standout, and “The Dreadful Mucamas,” which is the book's most straightforward piece of fiction, is a dark delight. But the overall impression is one of malaise. In “Not Interested,” she writes “I'm just tired of novels and stories, even good ones ... I don't want to be bored by someone else's imagination. ... Please spare me your imagination.” Another called “Writing” begins, “What I should do, instead of writing about people who can't manage, is just quit writing and learn to manage. And pay more attention to life itself. The only way I will get smarter is by not writing anymore.” Of course, the narrator is speaking, not Davis herself, but the effect is dampening. Perhaps it is inevitable, since so many stories take on the subject of old age (some of the sharpest include “Local Obits” and “Old Woman, Old Fish”). Regardless, just as in “Housekeeping Observation” (“Under all this dirt / the floor is really very clean”) Davis' brilliance is always visible through the gloom. Lydia Davis is the author of one novel and seven story collections. Her collection Varieties of Disturbance: Stories was a finalist for the 2007 National Book Award. She is the recipient of a MacArthur fellowship, the American Academy of Arts and Letters' Award of Merit Medal, and was named a Chevalier of the Order of the Arts and Letters by the French government for her fiction and her translations of modern writers, including Maurice Blanchot, Michel Leiris, and Marcel Proust. Lydia Davis is the winner of the 2013 Man Booker International Prize.