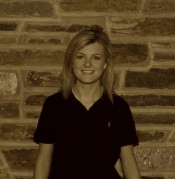 Antigone has a long history of retellings, though none so modern or comedic as this new turn from the poet Anne Carson, which is loosely inspired by Sophokles's classic version.

Antigone's story is perhaps the most tragic in the Oedipal cycle – the story of the seed, the victim, the side-effect, of the accidental incestuous coupling of her father with Oedipus's mother, Jocasta. Antigone has a long history of retellings, though none so modern or comedic as this new turn from the poet Anne Carson, which is loosely inspired by Sophokles's classic version. With Oedipus dead, and his sons Eteokles and Polyneikes having killed one another in a battle over Thebes, we're left with Oedipus's brother, Kreon, in power. Kreon is a bumbling blockhead of a king, but before he appears (motoring in on a powerboat, no less), we learn that he has outlawed Polyneikes's burial. Antigone laments to her sister Ismene that he will be forever “unwept and / unburied sweet sorrymeat for the little lusts / of birds.” The thought sickens her, believing that such a decree opposes the law of the gods, and it moves her to disobey the king. Blood is thicker than water, or so the cliché goes, and this family is so double-crossed, the blood runs especially deep. (Even if her mortal enemy is in fact her uncle, and her betrothed, Haemon, is that uncle's son.)In Carson's hands, this small, familiar Greek volume takes on a thunderously fresh rhythm, a satisfying blend of poetry and prose. In much of her work, the poet tends to rely on her Classical training by grounding a modern story with the sensibilities of Greek literature; but in Antigonick, she has done quite the opposite: pulling the Greek squarely into modernity. Like Carson's Nox before it, Antigonick is an art book – the author has hand-written the text on the page, and the text is accompanied by vellum pages inked with vibrant, eerie illustrations by Bianca Stone, one of Carson's former students. Antigonick reads not so much like a translation as a reimagining – it's hard to fathom, for instance, that some of the updates to language are grounded in the Greek. For all the moodiness, flippancy and modern flourishes in this comic-book rendering, Carson's adaptation may remind purists more of Baz Lurhmann's Romeo + Juliet than of ancient Greek tragedy, but it's recognizable. More than anything, the play calls out to be performed.Antigone has long been considered the perfect Hegelian tragedy, a struggle between two essentially good (but tragically stubborn) forces — one contending for the state, the other for the family. So Carson brings Hegel right into the narrative, having her heroine misattribute quotes to the philosopher. Free association is a hallmark of the poet's work, and it adds a surprising, amusing element to this classic story, as when Carson equates the Queen, Eurydike, little heard except to die, with Mrs. Ramsay in Virginia Woolf's To the Lighthouse. Her husband Kreon, stubborn, blind, and as fond of ruling as he is of action (and those actions' accompanying verbs), commands attention by issuing his words of the day, a surprisingly literary turn for a bloodlusty king—or else a signal that this egomaniac enjoys narrating his own fate. “Here are Kreon's words for the day,” he says upon entering. “Adjudicate / legislate / scandalize / capitalize.” The Chorus ponders the weight of these words—and even edits them, having taken on a decidedly sarcastic tone. When the blind prophet Tieresias tells Kreon that he's done wrong, they chime in: “I hate to mention it but / historically / his prophecies are never / false.” The group works as Carson's most effective, and accessible, comedic tool.With all the frenzied asides, Carson pays comparatively little attention to Antigone's death, a grim portrait of self-hanging, which leads to a climactic cascade of other suicides (“the girl hanging / the boy a bloody lung”). It's Eurydike's lone scene that steals the show, a flurry of denial and dementia that is easily the play's most disturbing. “Have you heard / this expression the nick of time what is a / Nick / I asked my son what / is / a / nick / I asked my son / when the messenger comes I set him straight I / tell him nobody's missing we're all here we're / all fine. Why do messengers always exaggerate / Exit Eurydike bleeding from all orifices.” She plays on the phrase the nick of time, and punctuates her frenzied speech with stab wounds — worse than mere scratches. As clearly as in the original, the whole house hinges on time, and it's from this idiom that the play takes its modified name.Carson effectively refocuses the lens of Antigone's story on the ripple effects of her and Kreon's collective myopia, bringing down the destruction of an entire family. In an instant, the regime is toppled, the cursed family tree felled. The only character left on stage is one that Carson has wholly invented – the entirely mute Nick, who, while the others are meted out punishments, spends the course of the action measuring (of what, the play does not tell us). Perhaps Antigone's sacrifice, and Kreon's self-discovery, might finally be enough to address the sins committed by their family. The trouble is, it's all too late.Anne Carson was born in Canada and teaches ancient Greek for a living. Her awards and honors include the Lannan Award, the Pushcart Prize, the Griffin Trust Award for Excellence in Poetry, a Guggenheim fellowship, and the MacArthur "Genius" Award.