A WOMAN LOVED by Andreá¯ Makine 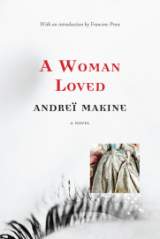