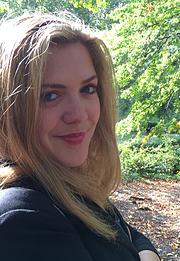 Jude Warne earned her MA degree in 2015 from NYU's Draper Program of Humanities and Social Thought. Her Master's Thesis, "Let the Broken Hearts Stand", focused on American characters dealing with disappointment in the works of Bruce Springsteen and Sherwood Anderson. Jude earned her BA in Cinema Studies and Art History from NYU in 2011. She has written numerous reviews for Senses of Cinema, Film Matters, Journal of Popular Music & Society and Scope. She is also the music columnist at Red Paint Hill, an In-the-Field correspondent at Film International, a jazz critic at CMUSE and a contributing writer at Live for Live Music and The Vinyl District.