MY SECRET LIBRARY: Visit the Second, Where We Lazily Deconstruct the Novel

Melissa Kirsch is the author of The Girl's Guide to Absolutely Everything (Workman, 2006). Her poetry has been published in such journals as Northwest Review, Fence, Nerve, Indiana Review, Drunken Boat and in the insomnia anthology, Acquainted With the Night (Columbia University Press, 1999). She has received fellowships from the Camargo Foundation and the Château de La Napoule in France and the Fundación Valparaíso in Spain. She lives one block from KGB.Have a suggestion for My Secret Library? Write me at mysecretlibrary@melissakirsch.com 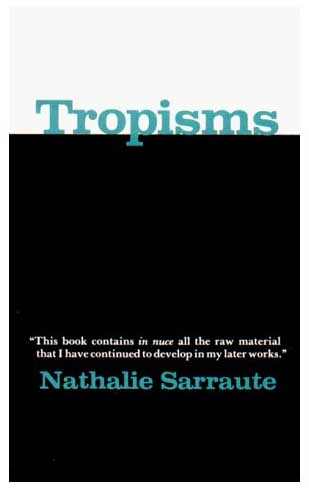 Late afternoon in The Secret Library, patrons mostly nestled in the window seats with leather-bound editions of Swann's Way, browsing the dusty curio shelf. Late afternoon, late in the season, and many patrons have fled for the seaside, or to the family bower, to places where people eat and fight and retreat into reading. At the checkout desk, they murmur vaguely of "upstate," where people have gone to read secretly for ages.

Your Secret Librarian can hardly be bothered with what some call "holiday reads"-I spent last holiday tangling with a certain, much-ballyhooed historical novel detailing a scandalous episode in the life of an early-20th-century architect that was somehow akin to eating mediocre pizza. It's enough to make one swear off the "Best Of" lists" and give-in to the Netflix queue. Not so fast. Now is the hour when I-as any discerning reader is hereby commanded to do in such situations of incipient ennui-turn to the Secret Library's locked stacks for solace.

At this late hour of the afternoon, it does seem rather quaint-and not to mention tedious-in this age of the e-book and the memoir-as-literature, to start a discussion of the nouveau roman, a.k.a the "new novel." I prefer to delve into the shorter version: Once upon a time, it was thought fashionable to dispose of plot, character and narrative in favor of something, well, new or id est whatever was left. Think Duras, think Robbe-Grillet. Or don't. Think, if you plan on getting out alive-Nathalie Sarraute.

Tropisms, first published in French in 1939 is this deceptively small 71-page book of big, mind-blowing "moments." Sarraute borrowed the word "tropism" from biology' it roughly means "the movements of an organism when acted on by external stimulus," like when a tree grows as a response to light. Sarraute's tropisms resemble short stories-each lasts a few pages, characters converse and react, and from time to time, themes emerge. But don't be fooled. Sarraute intended her characters as "mere props" for manifesting those photosynthetic movements of the unconscious of which we are barely aware. She chronicles those tiny movements that happen underneath the surface of life, the things we don't notice or articulate because we can't, but which we might describe later as a feeling or a sense-an imperceptible movement in consciousness, like a branch growing or a leaf opening its stomata to the sun.

Yet, reading a tropism is like looking at life on pause. She begs us not to pay attention to character or narrative, but just to perceive or intuit what happens in each vignette. Indeed, any attempt to tease out actual people from pronouns, or a plot from what seems to be an event, prove fruitless.

It sounds weird and arduous, but encountering a tropism is almost a passive activity. Rather than engaging with the text, you lie down and let the sensations it provokes happen to you. Like "getting" John Berryman for the first time. Or Gertrude Stein. It's quiet, low-impact reading, lizard-brain peregrinations, detecting instead of inspecting, open to the sensations but not actively seeking, as you (if you're anything like me) do with a conventional narrative.

In this passage, a man eavesdrops on his wife gossiping, but the content of the overheard rant is dross; Sarraute is concerned with the feeling it inspires. Whether she is describing the feeling of being influenced by someone else, the feeling of being simultaneously repulsed by and hinged to one's books, or, more often, something seemingly ineffable, Sarraute (divinely and idiosyncratically translated in the Braziller edition of 1963 by Maria Jolas) worries the minutiae of a moment. She picks apart a freeze-frame of the human heart (if you'll permit such a cinematic flourish). By comparison, the novel as we know it seems flowery, a peacock, overadorned. A tropism is a perfectly architected structure unto itself; to build a novel around it is to gild the lily, but we do it anyway, even though Sarraute and her nouveau-romanian cohort would have rather we just let the moments be.

Tropisms appeals to the poet in me, buried under the calculus of cynicism and matter-of-fact and subject-predicate frogmarch that pays the rent. You know the me that I'm talking about, even if you don't know me-even if you don't write for money, you do something for it. In these dark, quiet, inspired, insomniac moments, from The Secret Library, extract Tropisms by Nathalie Sarraute. In these hours she speaks your language, she lifts off the plotline scaffolding from your life and agrees, yes, that it-whatever "it" is tonight-is indeed possible. Now off you go, make something. Do us proud.

Also in heavy circulation in the Secret Library as of late: Back issues of Cabinet.

Melissa Kirsch is the author of The Girl's Guide to Absolutely Everything (Workman, 2006). Her poetry has been published in such journals as Northwest Review, Fence, Nerve, Indiana Review, Drunken Boat and in the insomnia anthology, Acquainted With the Night (Columbia University Press, 1999). She has received fellowships from the Camargo Foundation and the Château de La Napoule in France and the Fundación Valparaíso in Spain. She lives one block from KGB.Have a suggestion for My Secret Library? Write me at mysecretlibrary@melissakirsch.com