Visit the First, in which we become acquainted, explain our intentions, and introduce our inaugural selections.

Dear Reader. I know you. You're a bookshelf spectator. When you pay a visit to a friend, when you attend a cocktail party in a stranger's home, when you wake up in a stranger's loft (should you be inclined to sleeping out), you drift over to the bookcase. What you are certain you'll find there:

1. Solace: you know that red-and-blue Catch-22 spine so well your glance doesn't even light on it; the black-and-neon sans-serif of The Corrections is so ubiquitous it's the bookshelf equivalent of Muzak.

2. Identification: Of course-you have the same creased paperback of If On a Winter's Night a Traveler. Thank god! Someone else who has two copies of Blood Meridian-hardcover for safety, paperback for lending. Yeah, yeah, Vols. 1 & 2 of the Norton Anthology with the yellow "USED" stickers-English major.

3. Reasons to Be Impressed: Every single Alberto Moravia in first editions and mylar-covered dust jackets? Cavafy in the original Greek? Uh-huh: Wittgenstein's Mistress-I know you, smartypants.

4. Reasons to Feel Superior: Tuesdays With Morrie. A John Gray Ph.D. omnibus. Every "Shopaholic" paperback. Everything Is Illuminated-the post-movie version with Elijah Wood in glam-nerd specs on the cover. 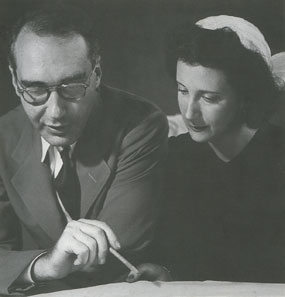 5. Some Degree of Inspiration: I've always meant to check out Black Tickets. I should really read Hannah Arendt. Why don't I own more presidential biographies? How do I feel about consorting with someone who shelves The Boys on the Bus next to the script from Tootsie?

Like the Kíbler-Ross five stages of grief, you cycle through these emotions as you peruse someone else's library. For the devoted reader, there are few activities so gratifying, so intimate, so insight-delivering as examining someone else's books. When I meet someone at all intriguing, it is not a surprise to find myself thinking "I want to see your books." It's a window into another person's world. Book spectatorship is a form of passive seduction. Every fascinating person you pass on the street has a secret library locked up in their house-or-perish the thought!-no books at all, which renders them not fascinating at all.

Welcome to My Secret Library. These are the books and bookish things that populate my consciousness, my Amazon wishlists of yore, my living room. I'll be pulling out selections I love or that I can't get over or that I just wish you'd know about. I expect you'll experience some or all of the feelings described above while observing my selections. I want to come over to your house and look at your books. Not necessarily the new ones-we've got enough critics and bloggers sounding off on the latest marvels and less-than-marvels before they're out of galleys. I want to see what you're keeping, what you're re-reading. I want to pass judgment (silently, of course) on your guilty pleasures and ask you questions about your pet topics. And I want you to do the same to me.

Before there was Dwell, before Martha and Trading Spaces and Real Simple and Sir Terence Conran and the Bodum Store and Michael Graves for Target and Ty Pennington and his gospel choirs; before The Feminine Mystique and Caitlin Flanagan and the backlash to the backlash to the backlash; before Gaston Bachelard and Georges Perec and all their French compatriots got their oneiric and OuLiPoetique mitts on the idiomatic deconstruction of space; before paying thousands of dollars for that beat-up fiberglass Eames shell chair like they had at your elementary school; before Design Within Reach, which is, as every seasoned Ikean knows, anything but, there was the dream of the perfect spoon.

Russel Wright, mid-century industrial designer par excellence, pioneered the "total lifestyle" movement, putting his imprimatur on everything from furniture to flatware, upholstery and even jukeboxes. He and his wife Mary believed that good design should not be confined to museums or reserved for the rich, that Americans got way too much of their household culture from Europeans (hit the road, Jeeves), and insisted that the best way to run a household was to go the informal, relaxed, frippery-less route-without apologies.

The Secret Library is, alas, not possessed of so grand an endowment as to permit it to harbor an original 1950 copy of Mary & Russel Wright's Guide to Easier Living, but our patrons are lucky indeed that the estimable house of Gibbs Smith saw fit to republish the gorgeous, indispensable tome in 2003. So consulted is this cheery goldenrod-covered volume that it hardly ever finds its way back to the Library shelves, but rather migrates from room to room, always on hand should one yearn for, say, a schematic diagram for once-around the-bed sheet-changing. Think you're an efficient bedmaker? Think again, June Cleaver. It may interest you to know that "a housewife may take a walk of up to 262 feet in making a standard-size double bed!" Using the Wright's methodology, the odyssey is slashed down to a mere 23 feet. See p. 150 and weep for the miles wasted.

There is so much to love about Guide to Easier Living; it's one of those books you see sitting on someone's coffee table, start leafing through mindlessly, then realize you're actually reading it; soon it is time to re-enter the realm of social interaction, and you can't do it easily, for you have, for better or worse, developed a Book-Crush. Not dissimilar from terminal Apartment-Envy, whereby witnessing the decorating scheme of an acquaintance's apartment causes you to totally re-evaluate your reasons for living, your Crush on this book has taken root in your gut. Your life up until this moment was okay, perhaps even swell, but now that you've been taken to task for your Frette linens and wrought-iron picture frames by Mary and Russel-"If you are so enamored of the charm of other centuries that you can stand the gruesome, tawdry look of such room...then have such a room"-you need to go back to your own house and get reborn.

And then there are the book's drawings. Are they beautiful or are they kitsch? Does the fact that, when asked why he so adored Russel Wright's aesthetic, Andy Warhol replied, "Who's good after him?" make them any less or more perfect? Does it matter? I'm in rapture over the drawing of the housewife's kitchen, where "we have dined well, and enjoyed ourselves, too", with its view of Storm King Mountain and the Hudson River, its plastic-covered sofa and wallpapered ceiling (pp. 42-43). I adore the "dream entrance closet" picture, its hats on hooks, its wooden tennis rackets and inflatable pool toys stashed on shelves, those his-and-hers golf clubs! (p. 84)So much of "modern life" is about streamlining things with technology, better living through automation, and the creeping allure of West Elm. Mary & Russel Wright's Guide to Easier Living is smarter, more entertaining and more useful than any gadget I've thus far encountered.

Also in heavy circulation at My Secret Library as of late:The Journalist and The Murderer, by Janet Malcolm "Every journalist who is not too stupid or too full of himself to notice what is going on knows that what he does is morally indefensible." The poems of Joseph Brodsky "Those who forgot me would make a city."