If “dystopia” and “end times” have become buzzwords of mid-Covid zeitgeist, Nathan enters the conversation with “breakdown”, a term that encompasses the macro crises going on out there in the world, but more particularly in his case, the personal journeys of his speaker.  The voyager in Nathan’s work is someone who brings philosophy, spirituality, identity, and romance to a life’s journey. He describes in these poems frayed religious and family heritage, mental crises, love, loss, and absurd moments of redeeming humor. From the title poem, “Breakdown dancer”:

“It has long been understood that manic-depressives run
in fancy panties.
Back up dancers who have a clever retort
to anxiety drive thoughts are more likely
to develop the ‘Disquiet’…
…An ambulance screams ‘Applesauce!
Applesauce!’”

Nathan writes mostly in free verse, but he also deploys several poetic forms.  Check out the “Motel 6 Rendezvous”, a paradelle.  There are several sonnets, a couple of ekphrastic poems, and a humorous, slightly disturbing tangle of text messages that comprise “This is Not Not a Love Poem”, which begins with the enticing, “I want to axe-throw with you.”

His language is sometimes straightforward; some poems, narrative.  But many poems are lyrical and absurdist.  They capture the tricks and traps of spiritual inquiry, longing for love, or just lived experience in a fractured age, that quest for wisdom balancing on the blade of a knife, with downfall and mirage waiting to either side.  Nathan takes us through these slips and insights with vivid, humorous imagery, as in “Everybody’s Got Something to Hide Except Me and Nietzsche”:

“Now, a fleeing philosopher, as evasive
as he is indirect, his moustache is coated
with chocolate milk.
Neptune sends
Mercury flying into retrograde Friedrich
leans in, his eyes shut.”

Some poems trace his growing up on Staten Island.  “Pradakshina”, Hindu for ritual circumambulation, depicts his yearning in middle school for a girl who circles his block on her bike.

Several poems explore dimensions of Nathan’s identity as a first-generation Indian American moving through the world.  “Sacred Threads” describes a series of encounters, ranging from his students to his father, that probe his own sense of who he really is.

“I place ‘Other’ as my ethnicity. I no longer assert I’m Hindu
having laid claim as Western Buddhist, only to be commonly
asked: “What’s really the difference?”
My dad jokingly asserts that perhaps it was a waste to give me a
sacred thread ceremony if it only took a decade for me to find a
new path into Truth.
Om, shante, shante, shante.”

“An Indian-American Travels in Poland on a Night Train” bridges questions of identity—a stripper confuses the speaker for an African American—with one of the psycho-medical breakdowns that occur throughout this book.  Hospital experiences give rise to feverish perceptions like this one from “Above Us Only Sky”:

“The mother coughs, momentarily turns blue
Blue is the color of Lord Krishna’s skin…
…The past leaves a wondrous rainbow of scars
Professionals categorize the illness
The illness is something he cannot control.”

Profound poems arise, too as revelations from a spiritual journey that moves beyond history, failed romantic love, and even the consolations of philosophy.  “The Place Where All Things Converge” begins with the solidity of Information Sciences (Nathan is a librarian by training) and leads to mysterious experience:

Global travels bring back such souvenirs as joining Buddhist monks on their daily alms-gathering (“Alms Rounds in Fang Valley”).  The book’s final poem, “Sphinx of Black Quartz, Judge My Vow” is a complex exploration of the uses and misuses of mindfulness as practiced and sold today.  This pilgrim travels with open eyes and a ready pen.

Some poems jump off from familiar experiences: drinks at a rooftop bar, “#NoFilter”; overheard conversations, “Indoor Voices”; or flights of sci fi fantasy when cornered in a bookstore by an aggressive match maker, “The Anarchy Acrobats”.  These poems may start from an everyday urban encounter, but in Nathan’s hands, they can soar into visions of giddy silliness.  And silliness can redeem a lot of breakdown.

Love poems abound: requited, unrequited, soulful and sweet.  “Friendship Exchanges, Or The Sun, the Moon and the Light” traces in seven pairs of contrasting lines and a central one, “It’s never about us when you’re with me”, the evolution and devolution of a close friendship.

Spending time in the world of Vijay R. Nathan is entering into a kaleidoscope of information, insight and heart. (Full disclosure, he has published my work in Nine Cloud Journal, which he edits.)  Breakdown Dancer explores a questing, open, generous need to really know and love the world, for all its downfalls and dystopias.  These poems play the dating game without being too bitter; recall the past without being too regretful; portray illness and breakup without being too despairing; and seek a way forward with honesty, bravery, and humor. 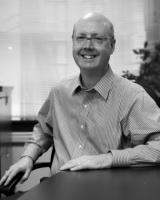 Bruce E. Whitacre’s  poems have appeared in the American Journal of Poetry, Buddhist Poetry Review, Nine Cloud Journal, North of Oxford, Pensive Journal, World Literature Today, and Yes, I’m Alive, among others. His work is included in The Strategic Poet by Diane Lockward, and in the anthologies I Wanna be Loved by You: Poems on Marilyn Monroe and Brownstone Poets 2020. He holds an MFA in Dramatic Writing from NYU’s Tisch School of the Arts. He is a native of Nebraska and lives in Forest Hills, Queens with his husband.