A Review of Whereabouts: Jhumpa Lahiri Discovers Freedom in Exophony

If dreaming in a foreign language can be a considered a sign of fluency, Jhumpa Lahiri’s novel, Whereabouts—like the dream—is where she has delved full immersion into the Italian language and embraced it as her own. Lahiri’s novel, originally written as Dove mi trovo in Italian and translated on her own into English, is perhaps a literary rebellion for her American audience—and also for herself. The term for writers who write “outside their voice”, coined as exophonic, alludes to the distinction between the author’s traditional voice and the reinvented one.

And for Lahiri, it is truly a reinvention. If Lahiri is considered an exophonic writer, then she has challenged herself to push through the boundaries of “exo/outsiderness” to a distinct brand of linguistic “insiderness” that adds a fresh notch to her literary milestones, although Whereabouts is not her first venture into writing in Italian. In 2015, Lahiri wrote In alter parole in Italian, with a translation written by Ann Goldstein as In Other Words in 2016. Also in 2016, Lahiri wrote the book, Il vestito deo libri (The Clothing of Books), followed by Dove mi trovo (Whereabouts), published in Milan in 2018. While the first two were autobiographical, Dove mi trovo is the first Italian fictional novel that Lahiri has written and subsequently translated on her own.

The careful brush strokes she has painted into this work are extraordinary; each word, in a language no longer foreign, is chosen with determination. It is ironic that she prefaces the novel with the quote from Italian writer, Italo Svevo: “Every time my surroundings change I feel enormous sadness. It’s not greater when I leave a place tied to memories, grief or happiness. It’s the change itself that unsettles me, just as liquid in a jar turns cloudy when you shake it.” While Lahiri’s protagonist has never left the city in which she lives and struggles to sway from her routine, Lahiri herself has embraced change by moving her family to Italy in her zeal for the Italian language and culture.

Lahiri’s most fervent readers who are searching for her former style and themes of cultural identity, assimilation and dislocation with immigration, will not find it in this novel. What they will encounter is a profoundly transparent reflection of a young woman’s daily solitude. The theme of displacement lingers with the narrator’s continuous discomfort with her surroundings, but Whereabouts’ unnamed protagonist, unlike the central character in Lahiri’s earlier works, has remained in the same environment throughout her life. In an unnamed country—Europe is implied—with an unnamed narrator, Lahiri takes readers through a series of vignettes that explores the day-to-day life of a woman of around 46 years of age ruminating on her own solitude and “the banal, stubborn residue of life.” The contents of the book are organized by location i.e. “On the Sidewalk,” “At the Museum” or temporally “In August” or “At Dawn”. As Lahiri herself wavers between America, India, and Italy, in Whereabouts, readers are immersed in the various spurts of possible plot that never quite proliferate in the protagonist’s life. While characters are introduced, they don’t seem to make any impact on the narrator’s future. “Pleasant encounters like this break up our daily meanderings. We have a chaste, fleeting bond. As a result, it can’t advance, it can’t take the upper hand. He’s a good man, he loves my friend and their children.” We anticipate a follow-up that never veritably materializes. These vignettes are simply the narrator’s daily musings, tinged with melancholy, that do not actually translate to any change in plot development. But the truth and beauty in that portrait of humanity and daily experience is seethingly real and still vividly realized.

Readers rather encounter a slide reel of the protagonist’s memories disparaging her critical mother and reminiscing about her loving but bystander father, who died when she was 15. Like her trips to the pool, “eight different lives share the water at a time, never intersecting,” the characters in the novel never really intersect in a meaningful way. They are only in her life at the margins. Lahiri presents a somewhat dystopic portrait of daily life in the depiction of this protagonist but also in the lives of the people she encounters.

It is not quite clear yet if this is a characteristic of a new voice, point of view, or her Italian writing style. For those readers who are accustomed to Lahiri’s figurative style of writing with its focus on the South Asian immigrant experience, the stark contrast might be alarming. This reading will not render those homologous connections to the immigrant experience, but it is not Lahiri’s responsibility to bind her readers to these connections with her work. Whereabouts rebels against the expectations for Lahiri to adhere to former themes of culture and identity that she has felt constrained by in the past. Lahiri demonstrates her frustration with readers’ questions:

‘But this book in Italian is an exception, isn’t it? It’s not part of a longer path, right? But won’t you be writing about me, my family, my experiences anymore?’ This sense of expectation is a heavy burden and takes away my appetite for writing. I would rather find another job. Because to me, writing means freedom.

Like Moushimi in Lahiri’s 1st novel, The Namesake— for whom “immersing herself in a third language, a third culture, had been her refuge—it was easier to turn her back on the two countries that could claim her in favor of one that had no claim whatsoever,” Lahiri so chooses to immerse herself in all things Italian, and the language with which she feels more authority than in Bengali, but less mastery than in English. Is she finitely an Italian author now? As Edward W. Said, writes in Culture and Imperialism, “No one today is purely one thing.”

The challenge of writing in the language of the unfamiliar is clearly not for the faint-hearted, but increasingly we can see in Whereabouts, Lahiri has mastered it. While the notion of voice can be interpreted in both the linguistic and the verbal, it does not read exactly like Lahiri’s former literary voice. The succinct sentences of her translated prose is a contrast to the intricate writing and the imagery in her earlier English novels. On the other hand, it is a linguistic rebirth; and Lahiri thrives on this awakening. If voice is socially constructed, is this how she was taught to read and write in Italian? Is she succinct because she is writing with a limited vocabulary or because this is her way of seeing the world? Either way, Lahiri should be commended for her valiant experimentation with language. Often, individuals experimenting with new languages perpetuate a shyness—a metaphorical insecure giggle—but this is not reflected in Lahiri’s work. Lahiri writes with the confidence of her character, Mr. Kapasi in Pulitzer Prize winning, Interpreter of Maladies, when he began to aquire expertise in new languages. On the other hand, as Lahiri recounts in interviews, when you are considered an expert, you don’t write in the same way. That confidence and expectation can give way to a literary surrender. And Lahiri discernibly has no desire to wave that white flag. In fact, like her former characters who braved a new world with immigration, Lahiri, too, risks her present sanctuary for the literary unknown.

While Lahiri’s past works of literature that were written in English have been centered in the South Asian diaspora, she has always flirted with Rome in her books, weaving in threads of characters’ connections to Italy. Her works written in Italian have now become a sort of praxis, reflection into action. In Other Words is the reflection, and Whereabouts is the action. And she has truly committed herself to this introspection. Like her characters from The Interpreter of Maladies, she has delved into other worlds beyond her predilection for writing about identity and heritage, which has, in effect, created a departure from Lahiri’s former voice and style and reflects a paradigm shift for her as a writer. Whether she will come back to her former literary techniques is yet to be seen. Still, it is invigorating to experience this new side of her writing and writing reflections. As her characters from her previous books travel back and forth to India, Lahiri travels back and forth to Italy, discovering a home and solace in the Italian language. Like Hema from Unaccustomed Earth, whose love affair with Kaushik—though a rebellion—reminds her of home, Lahiri is likewise freed from “the weight of an imposed identity.” “You need to dig where you don’t feel comfortable” she explains in a 2017 interview with Francesca Pellas. Perhaps this is the most important lesson we are encouraged to follow: dig where it is uncomfortable—don’t mire yourself in comfort, for what might result is an awakening. Lahiri has cultivated a new voice and language, inviting readers with differing narratives of displacement and isolation to connect. In Whereabouts, Lahiri trades security for freedom and it is fascinating to read the journey in her writing.

In Other Words was the first book that Lahiri wrote in Italian but the translation was written by Ann Goldstein. Lahiri’s discourse about the process of translating her own work with a faithful translation has demonstrated that it has been an arduous journey. In concurrence with Jorge Luis Borges’ perception that the “The original is unfaithful to the translation,” Lahiri, too, has reflected on whether a translator, similar to a book cover designer, can get it wrong. As she writes in her 2nd book in Italian, The Clothing of Books, “Like a translation, a cover can be faithful to the book, or it can be misleading.” In an act of regaining authority and discipline, Lahiri decided to translate Whereabouts on her own.

Lahiri has deliberately chosen a relationship with the Italian language. In a piece that she wrote for The New Yorker in 2015, Lahiri illustrated “My relationship with Italian takes place in exile, in a state of separation.” This relationship allows her to reflect, to separate herself from her literary accolades, and start anew, developing a less traditional narrative structure. When an author challenges her literary tradition, the writing does not stay static. Lahiri describes her writing in Italian as a faucet that turns on when she travels to Italy and off when she is back in the U.S. For her readers, it is a different read altogether, and demonstrates, in its simplest form, that it is never too late to try something new. It is not clear if this rebirth of writing in Italian means the death of writing in English. What is clear is that this writing is her portagioie or “joy box”. And it is the reader’s as well. 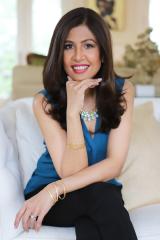 Uzma Akhand Hossain holds a doctorate in English Education from Teachers College, Columbia University and has worked in education for more than 20 years. Her research and professional experiences and interests include South Asian American literacies, culturally relevant pedagogy, and urban education. She explored these themes and readers’ responses to Jhumpa Lahiri’s works in her doctoral dissertation entitled “Dialogues in the Diaspora: Muslim Bangladeshi-American Women and Culturally Relevant Literature.” She currently resides in Great Neck, NY with her husband and son. 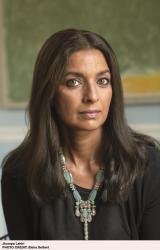 Jhumpa Lahiri is the author of four works of fiction: Interpreter of Maladies, The Namesake, Unaccustomed Earth, and The Lowland; and a work of nonfiction, In Other Words. She has received numerous awards, including the Pulitzer Prize; the PEN/Hemingway Award; the PEN/Malamud Award; the Frank O'Connor International Short Story Award; the Premio Gregor von Rezzori; the DSC Prize for South Asian Literature; a 2014 National Humanities Medal, awarded by President Barack Obama; and the Premio Internazionale Viareggio-Versilia, for In altre parole.