A MAGA Meltdown: How My White Family is Letting me Down in the Age of Trump

My Irish-American grandpa and me
Despite my face I was very happy ;)
As Donald Trump’s first and hopefully last term as President of the United States has come to its violent insurrectionist conclusion, it feels apropos to muse on what the last four years of my life have been like as a Haitian Irish American, particularly on how it has deeply affected my relationship with my expansive white family. The shift has been tectonic and revelatory - the relationship between us will never be the same. I know I am not the only one whose familial relationships have been riven and torn asunder by MAGA, so below is an attempt to weave my tiny strand of experience into the larger collective tapestry of our current national moment.

I should preface this deep dive with the following: We all represent things that are larger than ourselves and inform our identity. Racial difference between my white family and I has never felt more pronounced – and never been more painful. That does not discount the other noble aspects of their character or the deep love I still have for many of them as difficult as it may be right now; and there are those who I lost hope for a long time ago. We know race is not real. We are one race, the human race. I used to say proximity (i.e. just get a Black friend); could solve it all, now I’m not so sure.

Our Racist President. That was the subject header of an email one of my white uncles sent in 2016 to his 11 white siblings, their white spouses and a select group of my white cousins; he also included my twin sister and me – the only Black people in the family. The email was sent in 2016 after Trump referred to African countries and Haiti as “shit holes” and made the absurd and hateful claim that all Haitians have AIDS. My sister and I are Haitian by way of our father. We are also part of a large white Irish Catholic family by way of our mother. Most crucially, however, is that my sister and I are Black Americans. As uncomfortable as it is to say, my white family is letting me down in the age of Trump.
It was an imperfect email, but I am glad my uncle sent it. It was flawed in the sense that he sent it to only a small subset of the family, thus creating the perception of targeting specific people which automatically activates defensiveness. In substance, the email was spot on. My uncle listed eight or so data points to support the fact that Donald Trump is a racist. Ranging from his demonization of the exonerated Central Park 5, racist New York housing practices, his vitriol for the Colin Kaepernick and the peaceful NFL anthem kneeling protests, his “good on both sides” assertion regarding the white supremacists in Charlottesville and trumpeting the fabricated Obama “birther” movement. My uncle’s email concluded by saying "Those who voted for Trump might not be racists but they certainly felt comfortable placing the future of this country in the hands of a racist." And my uncle drops the mic.
This email is an example of one of my white family members, usually the same one or two who will occasionally attempt a noble clarion call to reengage in an honest discussion about race, appealing to their better angels, but such conversations inevitably disintegrate into a deafening sea of silence. All but a select few retreat behind the walls of their suburban enclaves of freshly cut comfort and passive complicity. Given this dysfunctional dynamic, I had previously withdrawn from communal communications with the family regarding race. Not that many opportunities presented themselves, but the times they did, let’s just say the outcome was less than ideal. However, Trump’s “shit hole” reference really got my blood boiling.
I had just returned from Haiti and was deeply moved by my experience. At 40, it was my first trip to my father’s homeland. It was a family trip to bring my Haitian grandfather’s ashes back to where he was born, to a tiny mountainous hamlet called, Fond des Blancs (Land of the Whites*. Ironically, I had brought along a white best friend to help me survive the Haitian family dynamic, but I’ll save that for another story. Many people don't know Haiti was the first free Black nation after the first successful slave rebellion in the Western Hemisphere. I encountered devastatingly poor yet proud and resilient people. The notion that people are shit because they are impoverished or have AIDS, coming from a draft dodging, tax avoiding, morally and financially bankrupt, racist, sexist, lying cheat of a snake oil salesman, was a bridge too far. 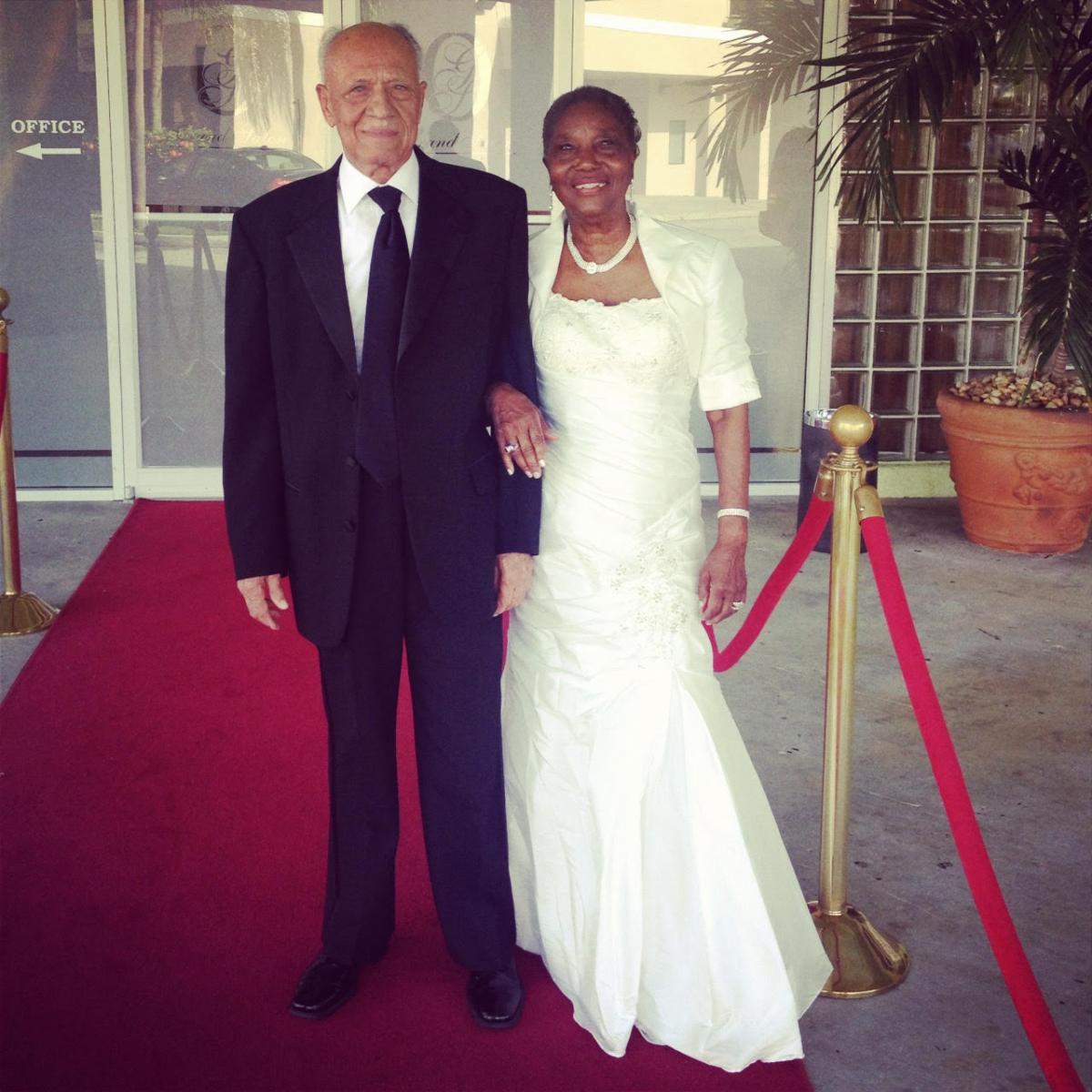 So, on the heels of that deeply emotional experience, upon reading my uncle's email, I naively, and albeit reluctantly, hit the “reply all” button and offered a somewhat unfiltered, yet slightly watered-down response of my own. I said I agreed with everything he said; however, I do not make the distinction between Trump and his supporters in respect to who is racist. I have trouble seeing how those of you who support this man, the rest of you who normalize his supporters and the expectation of me to respect their position and still feel respected will not negatively impact my relationship with the family collective moving forward. Full stop.

This missive of racial vulnerability I sent to the elders of my white family and a few others was swiftly met with a chastisement rooted in Christian faith provided by a cousin in the heartland, a more forceful shaming rebuke from one of my uncles, who ironically was a Tai-Chi practicing anti-Vietnam war “woo woo” hippie back in the day. By and large there was the all too familiar collective silence. A handful did reach out offering some words of reassurance and solidarity, a few others owning up to their confusion and sense of being rudderless when it comes to addressing racism. Yet the vast majority of these intelligent, faith-abiding, white people chose to remain silent, something I will never forget.

I have very fond memories of my white family during my childhood. I’m lucky this white American family accepted my sister and me despite the long secret/repressed tradition of white people rejecting their Black family members like it was nothing. I could only imagine the horror of being a mixed-race child born into to the family of a Laura Ingram, Ann Coulter or God forbid Tucker Carlson. (Perhaps a super amped up sequel to the brilliant cinematic encapsulation of our current racial dilemma, Get Out) Or even Trump’s Supreme Court nominee, Amy Coney Barret, and Irish Catholic, who actually has two adopted children from Haiti. Many conservative writers have written high-minded exhortations to their liberal counterparts, expressing outrage at the “attacks” the left is making on these innocent Black children who were miraculously saved by a white American family. While I most certainly commend Justice Barret's efforts to provide a better life for these two orphans, I condemn her support for Donald Trump, and ultimately it will be detrimental to the mental health and well-being of those children. I know because I have had try and reconcile my own family's support of this racist politician and their professed love for me. Just as with some members of my white family, those children's humanity comes second.

The good memories of my childhood and other positive experiences do not atone for the absence of collective action right now. My uncle sent that letter in 2016. Since then, Trump’s racism has only grown more rampant. My family has had four years to come together and figure it out, four years to right the wrongs of their silence: collectively shout from the rafters and march in the streets in support of my sister and me. They have had four years to repudiate Donald Trump and the MAGA bullshit he stands for. If they had offered a collective response or created a space for communal dialogue, I would not be writing this article. The reason I am writing it is because what they are currently doing is not enough. I’d liken it to a form of passive supremacy and if they don’t change, nothing will.

I’m sure many within my white family upon reading this will think it unfair, that my assessment of them is inaccurate, that this airing of our family’s racial dirty laundry is one sided - and a bit tawdry. I can accept that. Although, I write about them, it is not necessarily for them. It’s for all of us. Nor does it discount or diminish the many, many wonderful moments when I have felt loved and appreciated by my white family. Essentially, I know in my heart of hearts that my white Irish grandfather and grandmother, Bob and Margaret, would have had a BLACK LIVES MATTER sign in their well-appointed suburban home just north of Chicago, most likely tucked into a corner of their front bay window, above the flower beds dutifully attended to by my grandpa, and occasionally me - under his watchful eye. A tasteful yet prominent enough sign for their mostly white neighbors to see. They made it abundantly clear that my life – their grandson’s Black life mattered to them. Too bad I can’t say the same for all their children and their progeny.

*Ironically, Fond-des-Blancs is home to many people of Polish descent who had fought for the Haitian Resistance during the Napoleonic Wars after switching sides from fighting within the French regiments. My Haitian grandfather, Papi Nene had skin and eyes as light as my Irish grandfather.

Postscript: Since I wrote that article Trump’s presidency ended even worse than I imagined, with lives lost amid the first insurrection I’ve witnessed in my life. However, our democracy survived and we now have a new President. I should note that I am still waiting for some collective action and dialogue from my white family. Yet, there have been murmurs of progress with smaller groups of cousins and a couple aunts and uncles who are trying new things, like supporting non-profits that help the black community, expanding their knowledge about the history or our country, participating in workshops about anti-racism, and most importantly, encouraging the rest of the family to do the same. The highlight of all of these various initiatives, was an invitation from my white cousin to speak at his prestigious business school about Black Lives Matter. It went well. Might be baby steps, but I’ll take em. 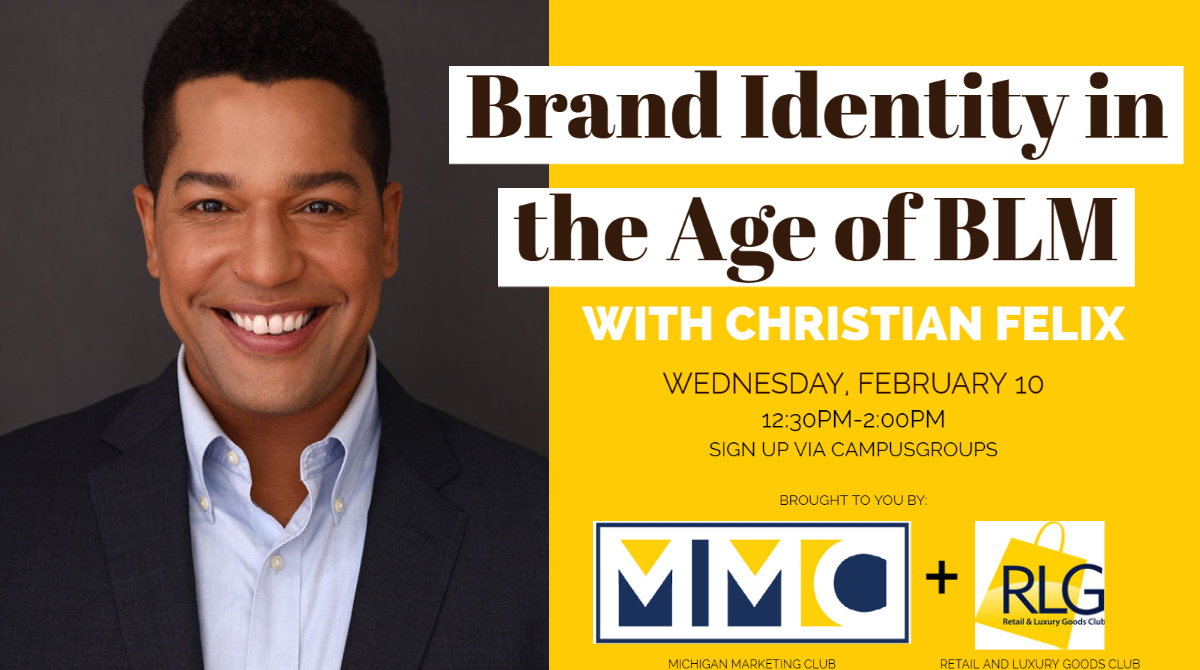 Christian is an actor based in New York City most recently featured in The Flight Attendant on HBO Max. He has performed in film, television and theater. He has also devoted much of his professional career designing and facilitation programs about implicit bias for an array of organizations around the world. Additionally, he co-hosts a monthly podcast with Shonali Bhowmik usually at the Red Room in the east village but currently via Facebook Live, called We Don’t Even Know, the last Tuesdays of every month at 8pm ET.