Commitment—one of those Jello-y concepts, the meaning of which seems plain as day until the day you might be asked to write about it. It sounds churchy, parental, and applying to business, legality, or marriage. I’m guessing that my first exposure to the word, or notion, as a child would probably have had something to do with being admonished to keep your promises. As an adult, it seems as if it might be nearly an Eleventh Commandment—Thou shalt honor thy commitments, or Thou shalt not go back on thy word. Like all the Commandments, it’s a thing that wouldn’t exist if people weren’t constantly violating it. If today’s political ridiculousness isn’t a good example of such violations, I don’t know what is.

But we fuck up our commitments because we’re human, riddled with foibles, and so often ruled by weakness and various ignoble urges. I liken commitment to the aforementioned Jello because commitment is one of those concepts that’s wiggly—a congealed salad, studded with morsels of morality and expectation, appealing to the high-minded few, but feared by the trepidatious many. And some of those supposedly delectable embedded nubs may be changes, the scary Maraschino cherries that is life, able to destroy commitment if we indulge. And most of us do, because we’re basically five-year-olds who want the cherries—we want what we want. After all, 98.6 of our DNA is the same as that of chimps. Admittedly, some changes are not our fault—we don’t expect Tina Turner to have honored her marital commitment to Ike, right? She didn’t have the deal that Tammy had—“Stand By Your Man,” or Dolly—“The secret to staying married is, don’t get divorced.” The wiggly problem with commitment is that it’s not a respecter of life changes. Shit happens.

The subject brings to my mind two of my favorite literary characters, Bartleby and Oblomov, (the latter such a favorite that I’ve named a character in my recent novel after his creator, Ivan Goncharov—and he’s also appropriate subject matter for my beloved KGB  readers). These are two guys who have had to make a commitment, knowing that they really weren’t up to it. Or did they know? Bartleby assumes his job as a scrivener, but something happens—is it mental illness? Incompetence? Ennui? Exhaustion? Rebellion about unfair working conditions? Or just exercising a wish to be master of his own universe, repeating the maddening “I prefer not to” in the face of his commitment? And poor Oblomov, mostly languishing in bed, unable, or unwilling, to get up and attend to the affairs of his estate at Oblomovka, which badly declines from his neglect. What’s his problem? Protesting the terrible situation of his serfs, or the relentless burden of noblesse oblige? Depression? Disease? Laziness? Or perhaps he’s an early victim of our modern affliction, The Malaise, so well presented to us by Kierkegaard, Sartre, and Walker Percy. But then, on the other hand, maybe Bartleby and Oblomov are examples of the most committed humans of all—those who see themselves as superfluous, believing that nothing they can do in their lives will make any difference in a crazy world, so are deeply committed to not bothering? Jesus god—I don’t know. You tell me.

I could go on about commitment, but I prefer not to. I admit to being very attracted to Bartlebyism and Oblomovism, whatever the causes—I don’t want to get out of bed many days, especially these days, and I often disregard my commitments, like loading and unloading the dishwasher, or meeting writing deadlines. In fact, I see that my commitment to writing this little piece is two days overdue. Oh, well. Perhaps the world will be a better place if I just make another martini, perhaps smoke a cigarette, lie on the sofa and watch some more of Ken Burns’ Country Music…Maybe I’ll send this, maybe not…Will it matter? Do I care?  Sigh. “Ah, Bartleby! Ah, humanity!” 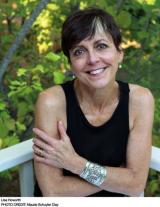 Lisa Howorth is the author of the novels Flying Shoes and Summerlings and a co-owner of Square Books in Oxford, Mississippi.