The Complete Gary Lutz: A Review 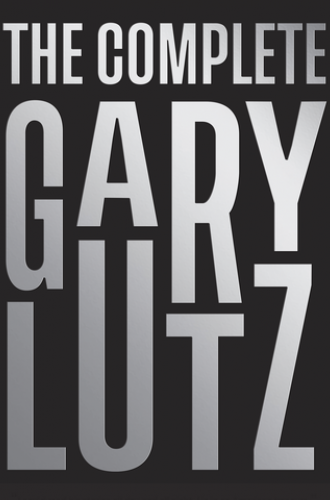 Stories in the Worst Way, published in the 1996 with Knopf, first brought attention to Gary Lutz in an era when a few of the big-guns New York publishers still vibed with the mid-century practice of making space for innovative, disturbing writing.

Through the next two decades, this unique writer’s writer continued his language-driven project with four consistent collections published by boutique indie presses such as the visionary yet now-defunct 3rd Bed, as well as Calamari Press, Black Square Editions, and Kevin Sampsell’s long-standing Portland-based Future Tense Books. Now, all of the author’s work is available in this volume from New York Tyrant.

For the uninitiated, Lutz (who has also, in the past, written under the flat, gratifying nom de plume “Lee Stone”) makes short stories with a focus on sentences themselves rather than progressing events or unspooling revelations. These sentences, with stomach-dropping little dictional surprises, draw low-spirited, nervous, and/or masochistic protagonists, most of them nameless and devoid of gender, as they observe their own relationships with wariness and resignation, more or less enduring them, sometimes watching them evaporate. The narrators have no trouble talking or connecting with others, but overall, it’s cold comfort for them. Some of the trouble seems to be the gray setting, a version of our world, from which the narrators’ relationships arise. Simultaneously, intimacy offers these narrators a wealth of minutiae for observation: “She had a frivolity of moles on one arm,” “He was loiny, and pustuled, with an utterness of hair, ginger squibbles of it all over,” “[She was] putty-faced and dressed.”

True, this hardly sounds like a party. But don’t think these stories aren’t hilarious—they are, verbally and situationally. In “Onesome,” the protagonist describes his wife’s work in “a program that reached out to anyone for whom speech had become a hardship. These included the people who said they instead of he or she to jack up the population in their private lives.”  Another narrator signs off a paper letter to an ex-lover with “xoxo,” but, in their ambivalence, adds penmarks to the letter’s closure so it resembles a crossed-out tic-tac-toe game.

Even when the stories take place in the present day, Lutz has a penchant for preserving heirloom words and phrases.  “Car-coat,” “shoehorn” “frankfurter shack,” a “custard shop,” “business traveler,” “the phone book,” “bric-a-brac,” and countless others tint the writer’s prose to mid-20th Century atmospherics.  Meanwhile, numerous verbs, adverbs and adjectives have the propulsion to make language do more, often pointing to that despair and discomfort about the body. A man’s voice sounds “messy, squirky from disuse,” a wife “fumed and soured and stenched in bed beside a husband who himself was a cloud of exhausts and leakages. (I had to head to the urban dictionary for “slurked,” but am unconvinced Lutz sourced it there).  The understated humor here is edged by bleakness and distant cruelty.

The church meeting-room, the overlit, shabby rental hall, a corner of the discount store: Lutz is brilliant at setting up blurred glimpses of North American communities’ stale, exhausted grimness and drabness. The language can sound quite Ohio or Plains. In “Am I Keeping You?” the narrator’s aunt “could never see herself outshining a child, but there she was with two daughters, neither of them a marrier.” A woman’s lurking boyfriend in “Meltwater” reveals: “Sometimes I could make out a third voice downstairs, that of a contestant female, just a visitor, no doubt, and a laugher. I never got to meet her and to this day still suspect she had a smoky hood of unshampooed hair and the sleep-buckled arms of a quitter.”

Lutz packs sentences with his characteristic cadences and maneuvers things so there’s a tang somewhere between ghastliness and comedy. In “I Crawl Back to People,” the narrator, with coldheartedness and a signature Lutzian punchline that feels like a drop into hell, offers, “There was a kind of woman you could spend weeks with, months even, and never get it settled to your satisfaction whether she was on the mend or not yet finished being destroyed.”

“Pledged” takes place in a small city or town. Like many stories in Lutz’s oeuvre, it doesn’t move forward in time so much as rock to and fro. And if it switches between first person plural and first person singular, locales are also neither one nor the other. The narrator, a young woman with a best friend, establishes the setting by stating, “the name of the town depended on which direction you came from. We were approaching form the east, so it was called West Southfork.” The two friends, disoriented for perhaps no other reason than life’s toughness, walk where “grass had been mushed” and “the planeting underneath the dirt felt even mushier.” They drop to their hands and knees and dig into the earth, mud caking their arms and bracelets as if in an actual search for firmer ground. As they pull a pile of graph paper out of the mud, “the planet slump[s] for a sec.” Muddy and “smutched,” they go to a restaurant where a local man leans against their booth, watching them eat with their “abstruse” manners. This causes both girls to not truly eat but pretend to eat. As the leaning intruder’s mouth is “stirred up,” it could be an escalating scene about gender and power, but Lutz is incapable of writing the expected. OCD and nervous, the man yatters at the woman about the way they’re eating: “Is that why you’re doing it? Just to be doing it? For the sake of it? All I’m saying is don’t be picking at it all the time. Leave well enough alone is what I’m saying. You ever stop to think that somebody else might come along and want it? Leave something for somebody else.” The stranger isn’t rapacious, but a Midwest nut overflowing with problems and double entendres. It’s the reliable restaurant server who calls him off.

Anecdotally, I’ve noticed that Lutz’s fiction comes up sometimes between women readers and/or writers as a topic of discussion along with the sentiment that the writing is sexist--even among those who admire the work. A writer and critic friend summed it up pretty well: “I guess I’m used to feeling pissed off at something or other in men’s work and loving what I love at the same time.” She must’ve been referring Lutz’s narrators’ uninhibited dislike/alarm over female bodies (sentences like “Thirty-eight years of picked-over, furying age she was—brittled hair, a bulwark forehead, a voice that sounded blown-through.”). Descriptions like these can “slap,” my friend attested. This is important to note. However, the narrators don’t spare male bodies from the withering descriptions, either, and…they’re characters. Really damaged ones, too--so it’s all of a piece. Lutz’s work as a whole, domed-over by gray atmospherics of pain, minimizes my response to the narrators’ making verbal field days of women’s appearances—actually it makes me question my own expectation that life should be fair.

Though Lutz’s work makes me laugh more than it offends me, his paragraphs reverberate with the sensation of some sort of serious injury. And most of the stories, which expose little corners of our culture’s cruel, cipher-like qualities, are especially unnerving as the country dips into political despotism today.

The narrators’ bafflements, disconnects, shame, and little humiliations never abate. This is most clear in this book’s final story, “Am I Keeping You?” which describes a seemingly endless series of brute, terribly abusive aunts. No possibility of love, or awe for the universe, soothes any of these narrators’ distress away. But language is there instead: communication, via elaborate, hand-built sentences, tonally fascinating: a complex reprieve.

The writer’s intense interest in words, sound, and rhythm versus fiction’s usual conventions were apparent to me in a workshop he led in Seattle in the mid-aughts. Around this time he also co-authored, with Diane Stevenson, the student textbook A Grammar Reference, which contains sections you’d be hard-pressed to find in Bedford English handbooks: “Indefensible Split Infinitives” and “Special Problems with That.” In both the handbook and his hardworking fiction, Lutz pulverizes the creative writing schools’ injunctions that fiction is best made from lush characterization, painstakingly made beats, and sacrosanct central conflict. I hope this collection of virtually all the short fiction by this legendary writer (including nine new stories), along with a wonderfully anecdotal and contextualizing introduction by Brian Evenson, will bring a new generation or two to Lutz’s mysterious and troubling art.

Stacey Levine is the author of The Girl with Brown Fur: Tales and Stories, Frances Johnson (a novel), and other works. She lives in Seattle and is at work on Where is Mice? (a novel).