There’s this Instagram account called Mothers Before. I started following it because I liked the concept: Snapshots of women before crossing that threshold. But now, each photo I come across—warm faded images of young smiling faces—makes me feel sad. It’s like looking at an obituary. The person in the photo no longer exists.

When my brother and I were young, Mom dressed us up in primary colors. I remember being in Nordstrom, in the children’s shoe department, staring up at a pair of sparkly pink Mary Janes.

When I was older, she told me I scared her then. She was scared I would be a girly girl and she wouldn’t know what to do with me. I was in middle school, into sports, and wearing my brother’s clothes. I thought I understood. I hated girls too.

Growing up, my father was the parent at home and the usual driver to school and sports. On Sundays, when there were no swim meets or soccer games, early meetings in the East Bay, Mom and I would go downtown or to Corte Madera to shop.

One Sunday afternoon during my sophomore year in high school, Mom and I had a date to go downtown. She was in the car with the engine running when I came out of the creaking wooden gate. Behind the wheel, she was painting her nails.

“Can you not do that in here?” I asked annoyed. “I fucking hate the smell.”

Here I must have said something else but we both can’t remember. Something about my brother maybe, or worse, her relationship with my father.

“Don’t say that!’ I screamed at her. When my mother had her period, she bled and that was it. For me, the bleeding was the easy part, the relief after two weeks of bloating, boobs aching, and the feeling that the world was going to crash in on me.

One break from college, my period was late and I thought I was pregnant (I always thought I was pregnant.). I told my mother and said that I would get an abortion if the decision had to be made. We were in the living room, alone in the house with all the doors open on a summer afternoon. She was curled up on the big red cushioned chair.

“Yes, I will.” I wasn’t use to my mother telling me what to do. She was my shopping partner and my brother’s smoking buddy.

“Don’t pull that Catholic bullshit,” I said. Mom was raised Irish Catholic and went to an all-girls Catholic high school in the city.

I could tell by the way she looked at me, still and jaw clenched, that I went too far. Like the time I was ten and called her a pig.

Her voice low and eyes locked on mine, she told me, “You don’t know me.”

My mother was married before she married my father. It was a giant secret my father told me while driving across Nebraska in an ice storm when I was twenty-three. Not his secret to tell.

I sometimes imagine meeting this first husband. I looked him up on Linkedin once. Says he lives in New Jersey. Maybe he could tell me who my mother was. They were married for eight years. 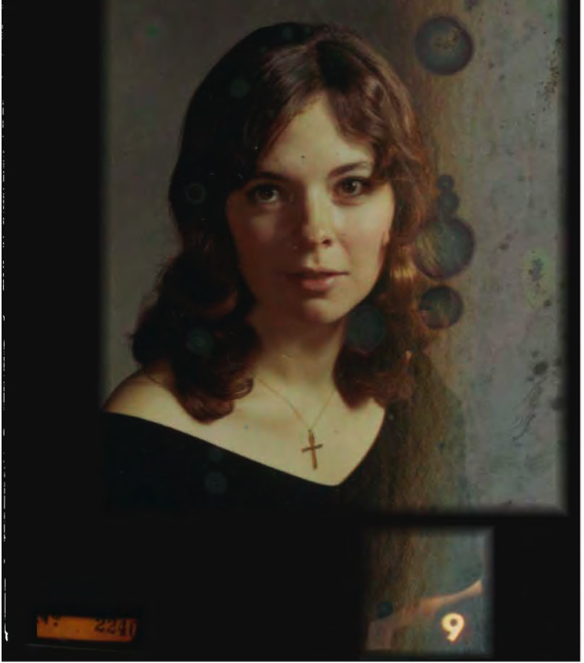 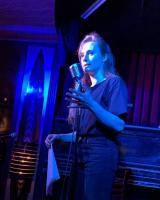 Alex Vara is a Fiction/Nonfiction MFA student at the New School, a public speaking teacher, and host of TNS After Hours. Before moving to New York in 2018, she was a wood-fired sourdough bread baker and taught at a Waldorf elementary school in rural Maine. She’s from Mill Valley, CA, and lives in New York.