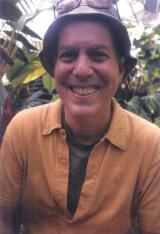 Robert Kaplan teaches expository writing at Stony Brook University. He has an MFA from the University of Arizona and a PhD from the CUNY Graduate Center. In a former life, he published a number of poems in small journals that no longer exist, and after a long hiatus, is working on a book-length poem about eldercare.